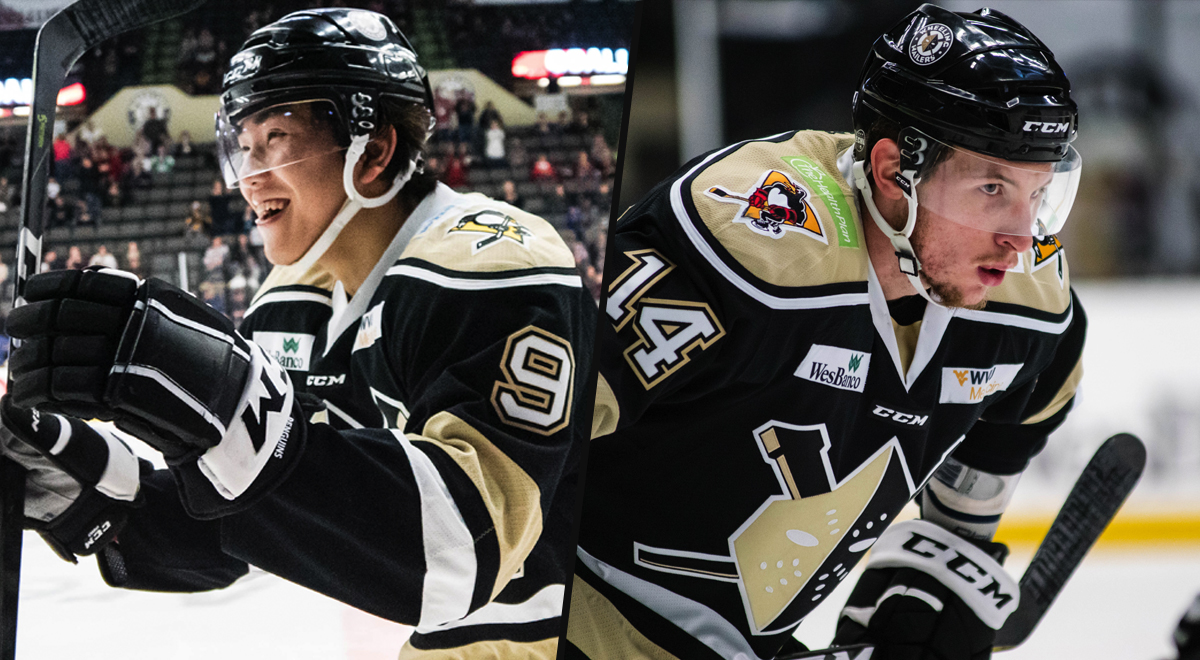 WILKES-BARRE, Pa. – The Wilkes-Barre/Scranton Penguins announced today that they have signed forwards Yushiroh Hirano and Cédric Lacroix to American Hockey League contracts for the rest of the 2018-19 season.

Hirano and Lacroix both attended Wilkes-Barre/Scranton’s training camp in September and are currently playing for the Penguins’ ECHL affiliate, the Wheeling Nailers.

Hirano became the ninth Japanese player in history to suit up for an ECHL game when he made his Nailers debut on Oct. 20, 2018. The 23-year-old rookie currently has eight goals and 16 assists, placing him seventh on the team in points (24). Hirano has been on a tear lately for Wheeling, recording 16 points (5G-11A) in his last 13 games.

Lacroix has notched eight goals and nine assists for 16 points in 37 games played with Wheeling this year. The rookie forward put up four of his eight goals and six points over the Nailers’ last eight games. Lacroix also leads the Nailers in penalty minutes (108).

Hailing from Shefford, Québec, Lacroix spent four years playing at the University of Maine. In his senior season, Lacroix recorded a career-high six goals, and tied his career-best for points in a season with 11.

Wilkes-Barre/Scranton’s next game is on Friday, Jan. 18 against the Rochester Americans. The Amerks’ lone visit to Mohegan Sun Arena at Casey Plaza this season also serves as an Eyewitness News Fan Friday with lower bowl tickets available for just $14 and select draught beers on sale for $2 from 6:00 – 7:30 p.m. Puck drop between the Penguins and Amerks is scheduled for 7:05 p.m.