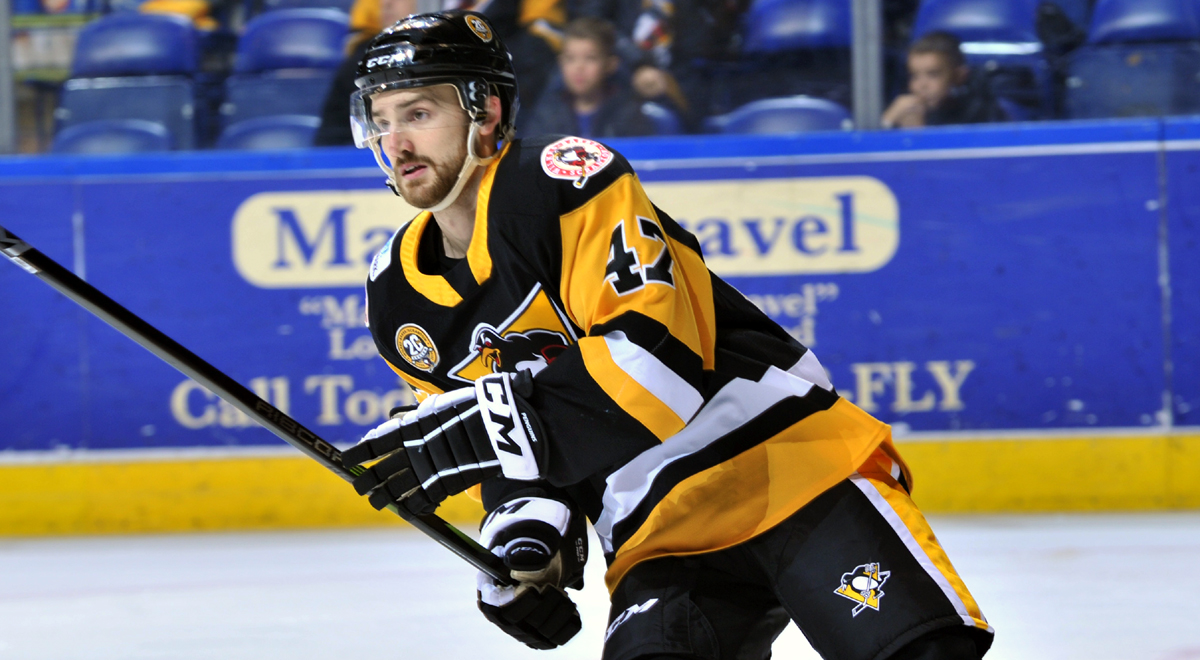 WILKES-BARRE, Pa. – Special teams were the story on Saturday night as the Wilkes-Barre/Scranton Penguins fell to the Hershey Bears, 5-3, at Mohegan Sun Arena at Casey Plaza.

Wilkes-Barre/Scranton (19-18-4-1) received two goals from Adam Johnson, but it wasn’t enough to contend with Hershey’s three man advantage markers and shorthanded tally. The Penguins fought valiantly to the end, but the Bears built enough of a cushion to hold them at bay.

Hershey established a lead at the beginning of the contest when Mike Sgarbossa scored on the Bears’ first power play of the night and followed that up with a goal from Shane Gersich.

Johnson buried a rebound during a five-on-three man advantage at 12:44 of the second period to put the Penguins on the board and cut the deficit down to 2-1.

The power play trend continued early in the third period, as the Bears and Penguins traded three man advantage tallies in the first six minutes of the final frame. First, Jayson Megna brought the score to 3-1 for Hershey until Teddy Blueger reciprocated one minute and 43 seconds later. Riley Barber put the Bears back in a two-goal lead by ringing one of the pipe and in at 5:51.

Hershey then extended its lead to 5-2 with a shorthanded goal by Megna.

Johnson scored his second of the night with 1:34 left in the game, but it proved to be too late to stir a comeback.

Wilkes-Barre/Scranton’s next game is on Monday, Jan. 21, Martin Luther King Jr. Day, against the Lehigh Valley Phantoms at Mohegan Sun Arena at Casey Plaza. Puck drop between the Penguins and Phantoms is scheduled for 1:05 p.m.