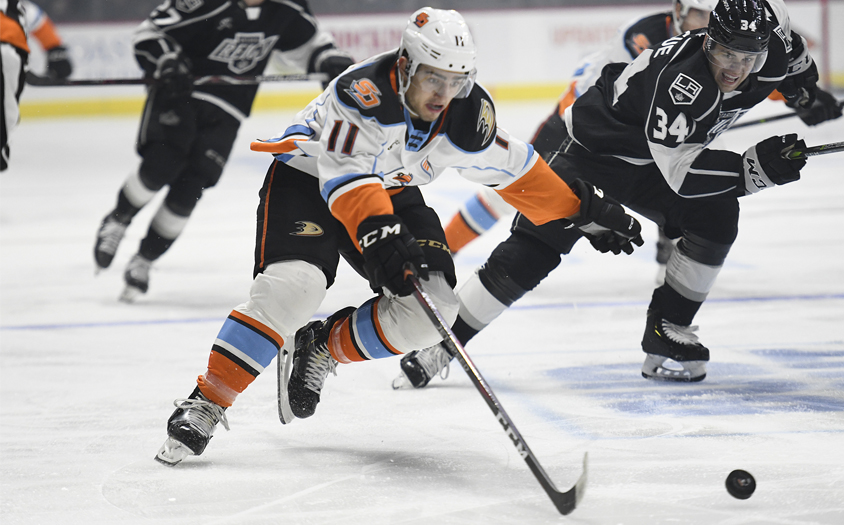 Blandisi, who was acquired from the Anaheim Ducks for Derek Grant on January 17, made his Pittsburgh debut in the Pens’ 3-2 overtime win in Arizona on Friday night. He contributed two shots in 6:47 minutes.

Wilkes-Barre/Scranton’s next game is on Monday, Jan. 21, Martin Luther King Jr. Day, against the Lehigh Valley Phantoms at Mohegan Sun Arena at Casey Plaza. Puck drop between the Penguins and Phantoms is scheduled for 1:05 p.m.

Individual tickets for Wilkes-Barre/Scranton home games can be purchased at the Mohegan Sun Arena at Casey Plaza box office, through all Ticketmaster outlets, or by contacting the Penguins’ offices at (570) 208-7367. Season ticket packages for the 20th season of Wilkes-Barre/Scranton Penguins hockey, including 12-game and Flexbook plans, are available by reaching out to the Penguins directly at (570) 208-7367.

Fans can also keep up with the Penguins through the AHL’s brand new high definition streaming service, AHLTV. Subscriptions for AHLTV, which include live and archived games, begin at just $49.99 for the remainder of the 2018-19 regular season. Fans can visit theahl.com/AHLTV now to register for a free AHLTV account and purchase 2018-19 subscriptions.