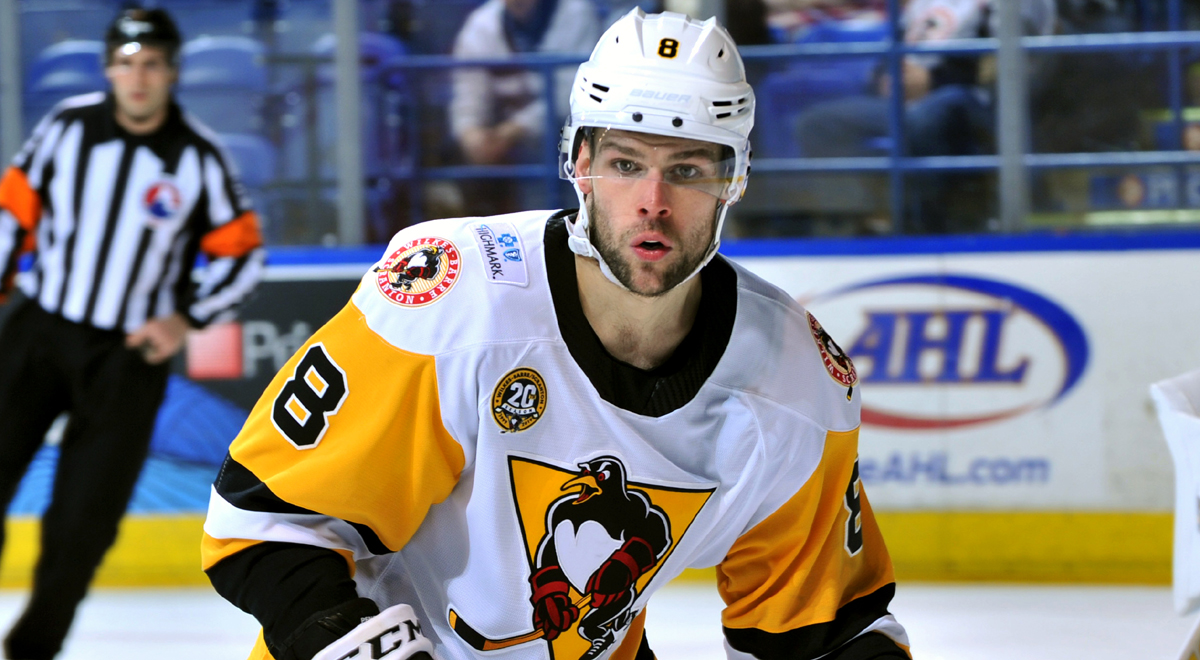 WILKES-BARRE, Pa. – The Wilkes-Barre/Scranton Penguins announced today that they have mutually agreed to the release of defenseman Will O’Neill from his American Hockey League contract with the team. O’Neill becomes a free agent as a result of this transaction.

“Will has been a loyal player to the organization and an upstanding member of the community during his time with the Penguins,” said Wilkes-Barre/Scranton General Manager Bill Guerin. “We wish him the best of luck in his future endeavors.”

O’Neill, 30, recorded no goals and eight assists in 28 games with Wilkes-Barre/Scranton this season. He previously played for the team during the 2015-16 campaign as well, recording a career-best 50 points (8G-42A) during that year.

Wilkes-Barre/Scranton’s next game is tomorrow, Saturday, Jan. 26, when it faces off against the Binghamton Devils. The Penguins’ next home game is Friday, Feb. 1 against the Cleveland Monsters. Puck drop between the Penguins and Monsters is scheduled for 7:05 p.m. at Mohegan Sun Arena at Casey Plaza.