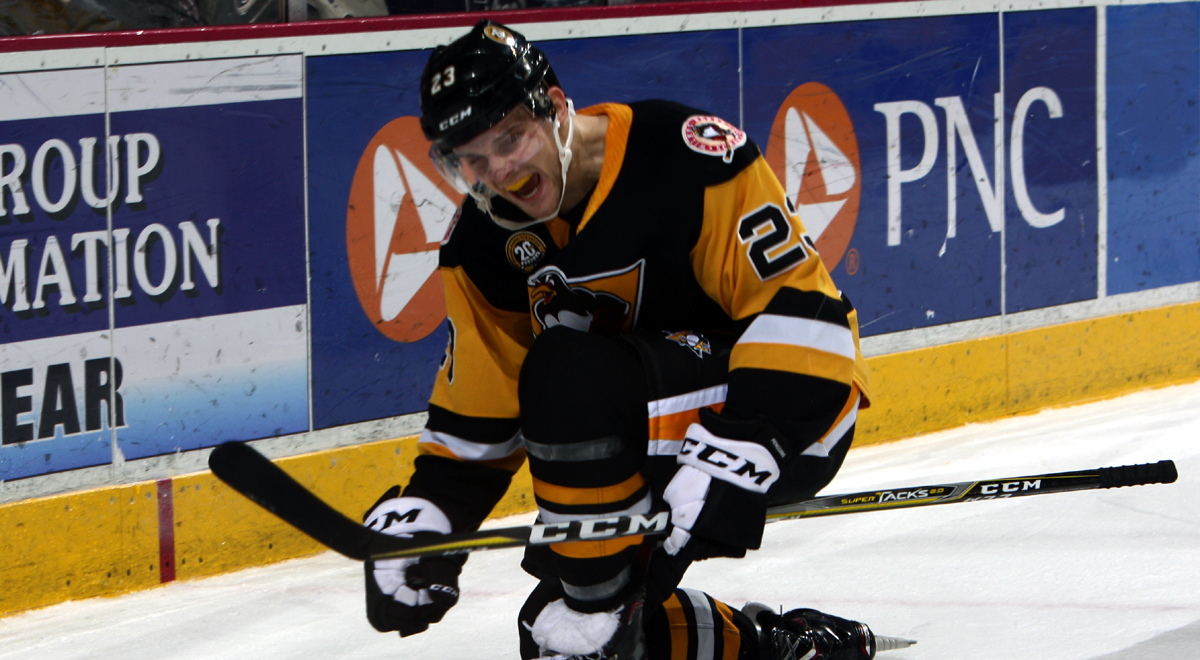 The Pittsburgh Penguins have recalled forward Teddy Blueger from the Wilkes-Barre/Scranton Penguins of the American Hockey League, it was announced Tuesday by executive vice president and general manager Jim Rutherford.

Blueger, 24, is Wilkes-Barre/Scranton’s leading scorer with 21 goals and 39 points in 45 games this season. His 21 goals on the season are fourth in the AHL and they tie his career high previously set during the 2017-18 season in 70 games. He is currently riding a five-game point streak, totaling eight points (4G-4A) in that span. Blueger is a team-leading plus-20 for WBS this season.

The Riga, Latvia native was drafted by Pittsburgh in the second round, 52nd overall, of the 2012 NHL Draft. Blueger will look to make his NHL debut with the Penguins.

The Wilkes-Barre/Scranton Penguins return to action with a pair of home games this Friday against the Cleveland Monsters and Saturday against the Bridgeport Sound Tigers. Both games start at 7:05pm.

Friday night’s game is another Eyewitness News FAN FRIDAY, with lower bowl tickets available for just $14, $2 draft beers from 6-7:30, and postgame autographs. Purchase tickets for FAN FRIDAY by calling 570-208-7367, or by visiting this link: ticket specials

Saturday night is the Penguins’ Pink in the Rink game, to help in the fight against cancer. Fans can purchase tickets to the game and make a donation to the American Cancer Society online –

Season ticket packages for the 20th season of Wilkes-Barre/Scranton Penguins hockey, including 12-game and Flexbook plans, are available by reaching out to the Penguins directly at (570) 208-7367.

Fans can also keep up with the Penguins through the AHL’s brand new high definition streaming service, AHLTV. Subscriptions for AHLTV, which include live and archived games, begin at just $49.99 for the remainder 2018-19 regular season. Fans can visit theahl.com/AHLTV now to register for a free AHLTV account and purchase 2018-19 subscriptions.