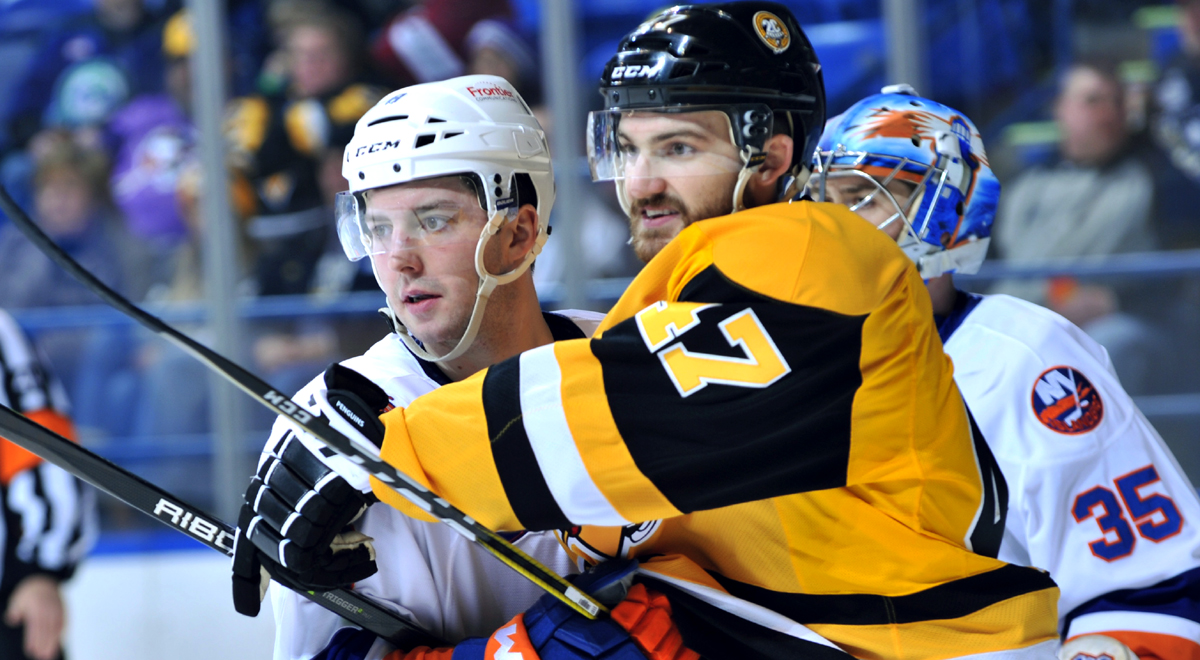 WILKES-BARRE, Pa. – The Wilkes-Barre/Scranton Penguins’ four-game win streak came to an end with a 2-1 loss at the hands of the Bridgeport Sound Tigers on Saturday night at Mohegan Sun Arena at Casey Plaza.

Ethan Prow notched his 15th goal of the season and extended his career-best point streak to 10 games, but he was the only player on Wilkes-Barre/Scranton (23-19-4-1) to find the back of the net.

Bridgeport opened the scoring early in the contest, lighting the lamp less than two minutes into the game. Penguins goalie Tristan Jarry denied Seth Helgeson and Ben Holmstrom on back-to-back shots before the second rebound was put in by Jeff Kubiak.

Wilkes-Barre/Scranton evened the score when Adam Johnson set up Prow for a man-advantage marker at 14:42 of the first. Joseph Blandisi was awarded the secondary assist for his sixth point (3G-3A) in four games as a Penguin.

Scott Eansor beat a screened Jarry through the five-hole in the final 20 seconds of the first period to secure a 2-1 lead going into the first intermission.

The final 40 minutes remained silent and Jeremy Smith picked up the victory by turning aside 25 shots. Jarry made 35 saves in defeat.

The Penguins won the special teams battle with a perfect five-for-five penalty kill while going one-for-three on the power play, but their even-strength scoring never materialized.

Wilkes-Barre/Scranton’s next game is Wednesday, Feb. 6, as it begins its Midwest road trip against the Rockford IceHogs. The Penguins’ next home game is Saturday, Feb. 16, against the Utica Comets. Puck drop on Military Appreciation Night between the Penguins and Comets is scheduled for 7:05 p.m. at Mohegan Sun Arena at Casey Plaza.