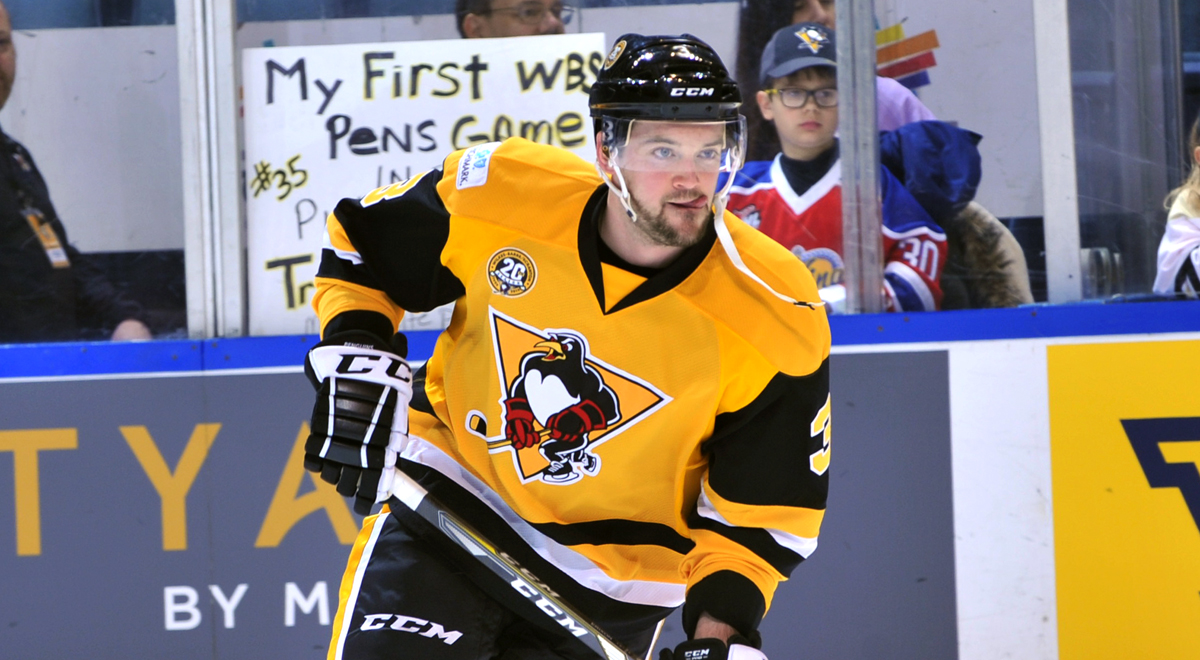 WILKES-BARRE, Pa. – The Wilkes-Barre/Scranton Penguins announced today that they signed defenseman Tim Erixon to an American Hockey League contract for the remainder of the 2018-19 season. Erixon was already an active member of the Penguins roster, playing 15 games on a professional tryout agreement during the course of the season.

Erixon, 27-years-old and in his 11th season of professional hockey, has posted four assists in his time with Wilkes-Barre/Scranton this season. The defenseman from Skellefteå, Sweden has also recorded 41 points (7G-34A) in 134 total games played as a member of the Penguins.

A first round pick (23rd overall) by the Calgary Flames in 2009, Erixon had 93 NHL games played under his belt as well, suiting up for the New York Rangers, Columbus Blue Jackets, Chicago Blackhawks and Toronto Maple Leafs. In 318 career AHL games, he has 22 goals and 142 assists for 164 points across six seasons with the Connecticut Whale, Springfield Falcons, Wilkes-Barre/Scranton Penguins, Binghamton Devils and Springfield Thunderbirds. Erixon represented the Falcons at the 2013 AHL All-Star Classic.

Erixon represented his native Sweden on the international stage at the IIHF World Junior Championships three years in a row before also playing for Sweden’s entries at the 2011 and 2014 IIHF World Championship.

Wilkes-Barre/Scranton’s next game is Wednesday, Feb. 6, when it kicks off its Midwest road trip against the Rockford IceHogs. The Penguins’ next home game is Saturday, Feb. 16 against the Utica Comets. Puck drop between the Penguins and Comets is scheduled for 7:05 p.m. at Mohegan Sun Arena at Casey Plaza.