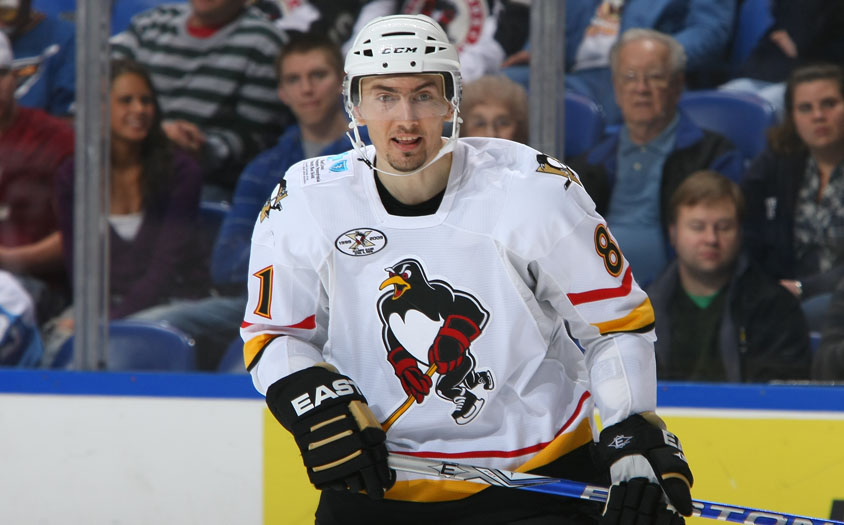 Former Wilkes-Barre/Scranton Penguins forward Miroslav Satan has been named to the International Ice Hockey Federation’s Hall of Fame it was announced on Wednesday.

From the IIHF’s Press Release:  A legend among the first generation of Slovak players after the country achieved independence in the early 1990s, Miro Satan was the consummate professional, leader of the highest standing, and an inspiration to teammates and kids alike…Satan achieved two milestones in the mid-1990s. He helped his new nation qualify for the 1994 Olympics (where he led the tournament with nine goals), but at the same time he helped the team fight from C Pool of the World Championships (also in 1994) to B Pool (in 1995) to A Pool (1996), achieving their proper placing despite having to start from scratch after breaking free from Czechoslovakia.

Satan was assigned to Wilkes-Barre/Scranton late in the 2008-09 season by the Pittsburgh Penguins, and contributed nine points (3+6) in 10 games with the AHL club.  Four of those points (1+3) came in his first contest with Wilkes-Barre/Scranton, a 7-2 road win against the Albany River Rats.

Satan was recalled by Pittsburgh in April of 2009, and appeared in 17 games with the NHL team as the Penguins captured their third Stanley Cup Championship.

Satan will be joined in the IIHF’s class of 2019 with Swedish record player Jorgen Jonsson, American legend Mike Modano, fellow Slovak Zigmund Palffy and Hayley Wickenheiser, the most successful female hockey player ever.  The late Boris Alexandrov, a former Soviet national team player and national coach in his native country of Kazakhstan, will be inducted as builder.

For more information on the IIHF’s 2019 Hall of Fame Class, click here.