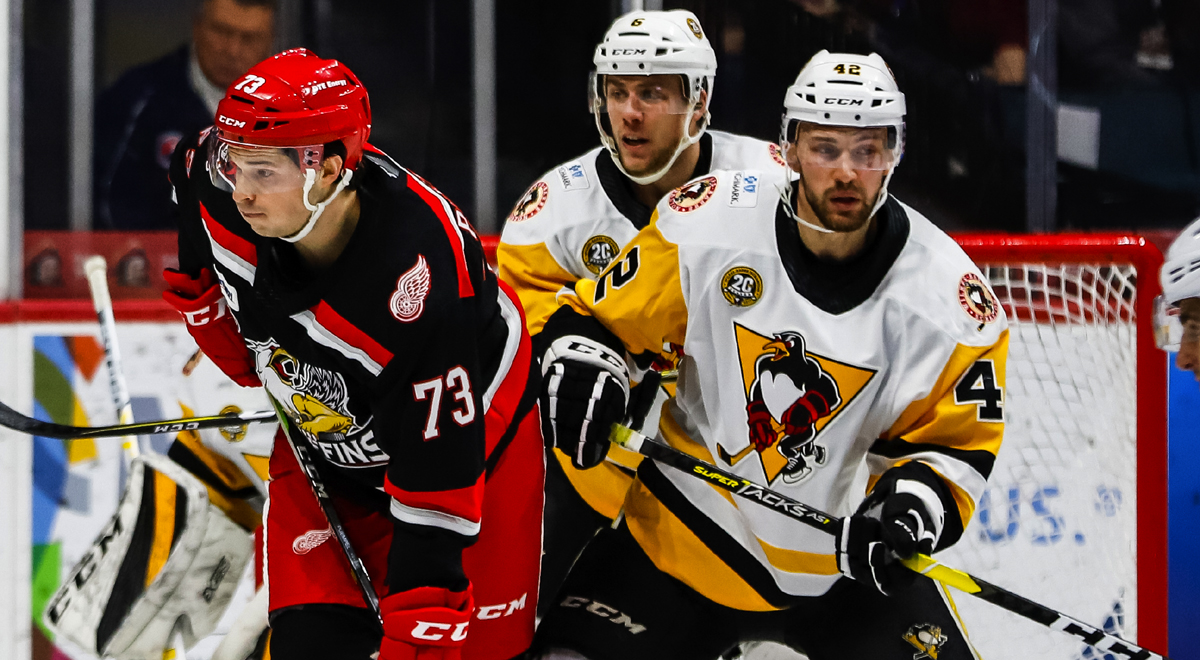 Wilkes-Barre/Scranton (24-21-4-1) received its only goal from rookie Sam Miletic, evening the score heading into the third period. However, the Griffins unleashed three tallies in the third period to end the Penguins’ Midwest road trip with a loss.

Grand Rapids opened the scoring with a power-play goal midway through the first period. Rookie Filip Zadina received a seam pass across the Penguins’ zone and hesitated a moment before releasing a wicked wrister to the top corner of the net.

The Griffins maintained their one-goal lead until the Penguins even the scales at 10:52 of the second stanza. After sustained pressure in Grand Rapids territory, Wilkes-Barre/Scranton’s first line struck with Miletic depositing a backhand shot behind Patrik Rybár.

The two teams entered the final frame of regulation tied, 1-1, but the deadlock didn’t last very long. Colin Campbell put the Griffins back ahead 45 seconds into the third period. Libor Šulák increased that lead to 3-1 at 8:17 of the period, and then Matt Puempel tacked on an insurance marker during a five-on-three power play at 10:47.

Wilkes-Barre/Scranton had a series of power plays in the final seven minutes of regulation, but couldn’t manage to convert.

Anthony Peters made 28 saves for the Penguins in defeat, whereas the Griffins’ Rybár denied 33 shots on his way to victory.