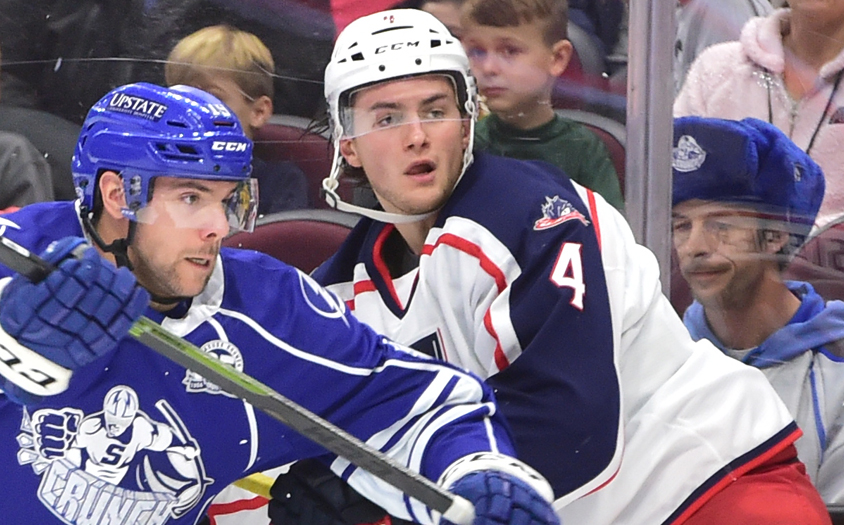 The Pittsburgh Penguins have acquired defenseman Blake Siebenaler from the Columbus Blue Jackets in exchange for a conditional pick in the 2019 NHL Draft, it was announced today by executive vice president and general manager Jim Rutherford.

Siebenaler will report to the Wilkes-Barre/Scranton Penguins of the American Hockey League.

Siebenaler is in the final year of his entry-level contract. His two-way contract contains an average annual value of $695,000 at the NHL level. Siebenaler will be a restricted free agent this summer.

Siebenaler, 22, has spent all three of his professional seasons to this point with the Cleveland Monsters of the AHL, producing 14 points (7G-7A) in 83 games. This year, he has two points (1G-1A) in 17 contests.

A 6-foot-2, 208-pound native of Toledo, Ohio, Siebenaler was originally drafted by the Blue Jackets in the third round (77th overall) of the 2014 NHL Draft. He played three seasons of junior hockey with the Niagara IceDogs of the Ontario Hockey League from 2013-16. Siebenaler also saw action with the Indiana Ice of the United States Hockey League and the Under-17 United States National Team Development Program squad in 2012-13 before embarking on a junior career in Canada.