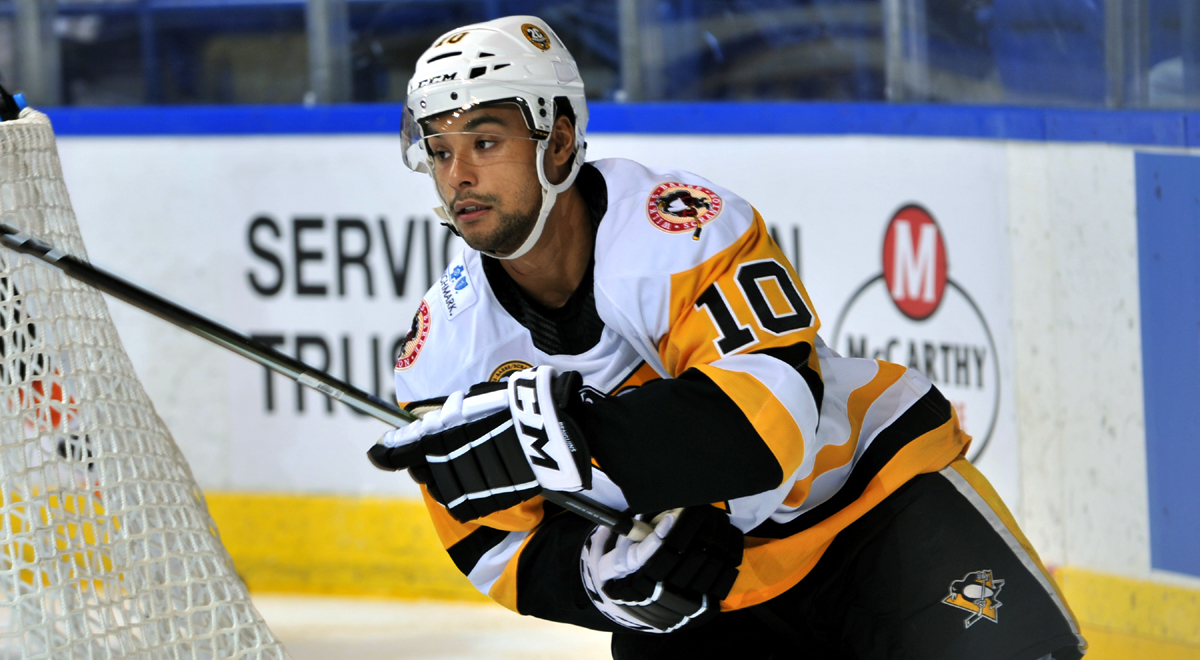 WILKES-BARRE, Pa. – The Wilkes-Barre/Scranton Penguins announced today that they have mutually agreed to the release of forward Troy Josephs from his American Hockey League contract with the team.

“Ever since the organization drafted Troy in 2013, he has been nothing but an outstanding young man and a great representation of the Penguins,” said Wilkes-Barre/Scranton General Manager Bill Guerin. “We wish him the best of luck in next stage of his professional career.”

Josephs, 24, was most recently playing for the Penguins’ ECHL affiliate, the Wheeling Nailers. He recorded 21 goals and 18 assists for 39 points in 32 games with the Nailers this season. Josephs played 28 games across three seasons with Wilkes-Barre/Scranton, including 11 contests this year, accruing five points (1G-4A) in that time.