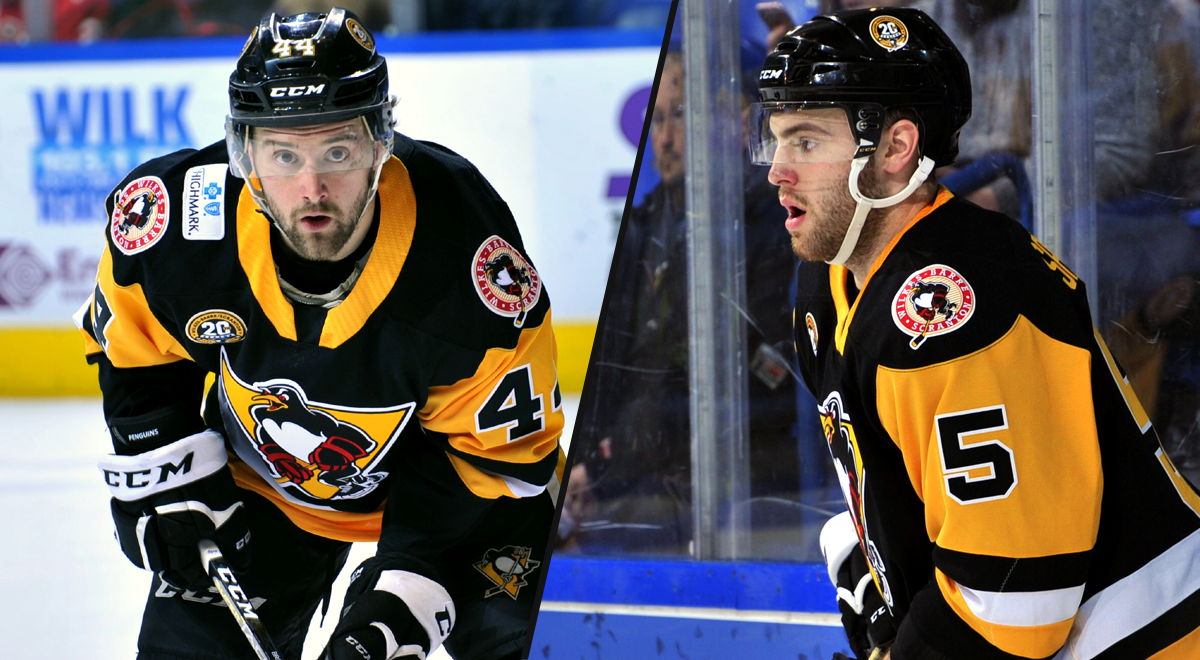 Brown, 25, recorded four points in 11 games played with Wilkes-Barre/Scranton this season, including his first goal as a Penguin on Jan. 12 at Charlotte. At the time of his recall from Wheeling, Brown led all Nailers skaters with 26 assists on the year, one season after finishing second on the team in helpers (36). The forward from Natick, Massachusetts also sat second on the Nailers’ points chart, having earned 34 points this season.

Spinozzi enjoyed much success in the ECHL this season, topping all ECHL blueliners with 28 points in 26 games played at the time of his initial recall to Wilkes-Barre/Scranton. In fact, the 22-year-old defenseman still ranks second among all ECHL defensemen in goals (11) despite not suiting up for the Nailers since Dec. 22. The native of Granby, Québec  appeared in five games with the Penguins this season, posting no points in that time.