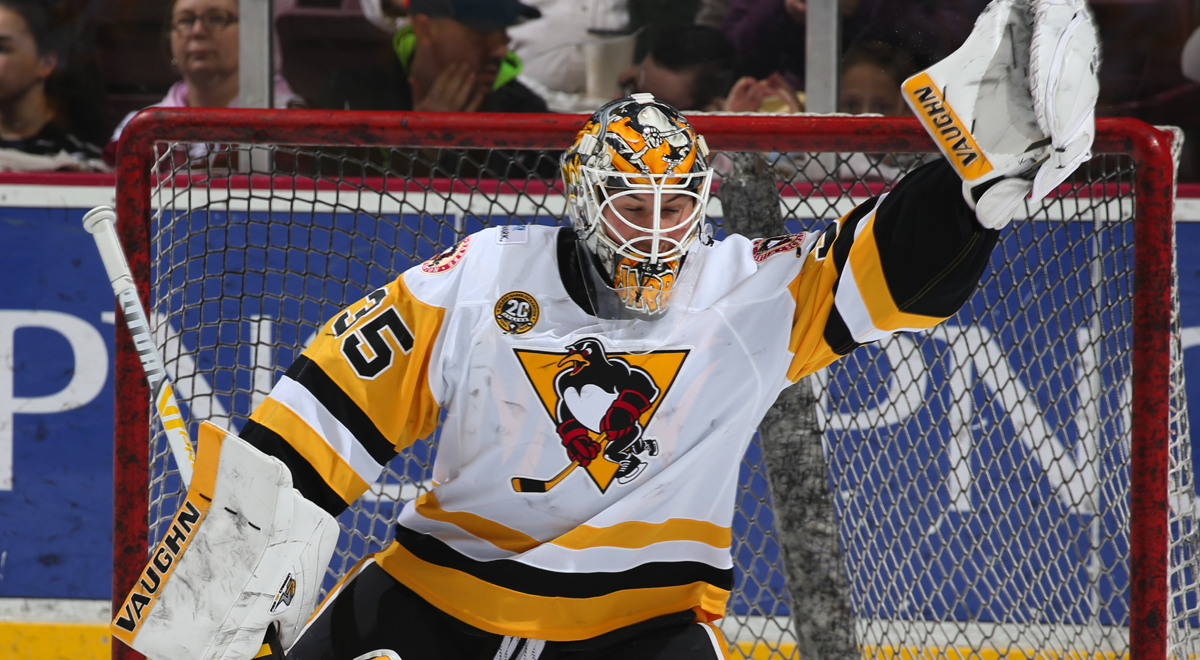 HERSHEY, Pa. – The Wilkes-Barre/Scranton Penguins fell in a shootout to the Hershey Bears, 4-3, on Wednesday night at Giant Center.

Wilkes-Barre/Scranton (24-21-4-2) took a lead into the third period, but its I-81 Rival kept hanging around throughout the final frame to eventually force overtime and get the win in the shootout. Ryan Haggerty collected two points (1G-1A) for the Penguins, and now has eight points in his last eight games.

Nathan Walker delivered Hershey an early lead by collecting a pass from Beck Malenstyn along the blue line and then launching a shot past the glove of Tristan Jarry 3:38 into the contest.

The Penguins answered on the power play at 11:45 of the first period. Kevin Czuczman ripped a shot at the high slot through traffic and into the back of the net. Ultimately, the Penguins outshot the Bears 14-4 after 20 minutes of action, but the game remained tied 1-1 entering the middle frame.

After a lengthy scoreless stretch in the second period, Jimmy Hayes scored to give Wilkes-Barre/Scranton a 2-1 edge. Hayes broke into the zone all alone and unleashed a slapshot that blazed past Vítek Vaněček’s far-side shoulder at 16:29.

Hershey evened things up in the early going of the third period during a delayed penalty, extra-attacker situation. With the goalie pulled and a sixth skater on the ice, Aaron Ness fed a pass along the blue line to Tyler Lewington for a one-timer that knotted things up, 2-2. However, Haggerty took the lead right back for the Penguins with a hard-angle shot that snuck its way in at 8:43 of the final frame of regulation.

Afforded the opportunity to equalize on a third-period power play, the Bears seized their chance. There was a double tip on a point shot that found its way past Jarry, tying the game, 3-3. Jayson Megna was credited with the goal for Hershey.

Extra time was not enough, and a shootout was needed to decide a victor. Both Penguins shooters were denied while the Bears went two-for-two in the shootout to earn the extra point and win the game.

Jarry notched 28 saves in regulation and overtime. Vaněček recorded 33 stops in 65 minutes of action, then tacked on two more saves during the shootout.