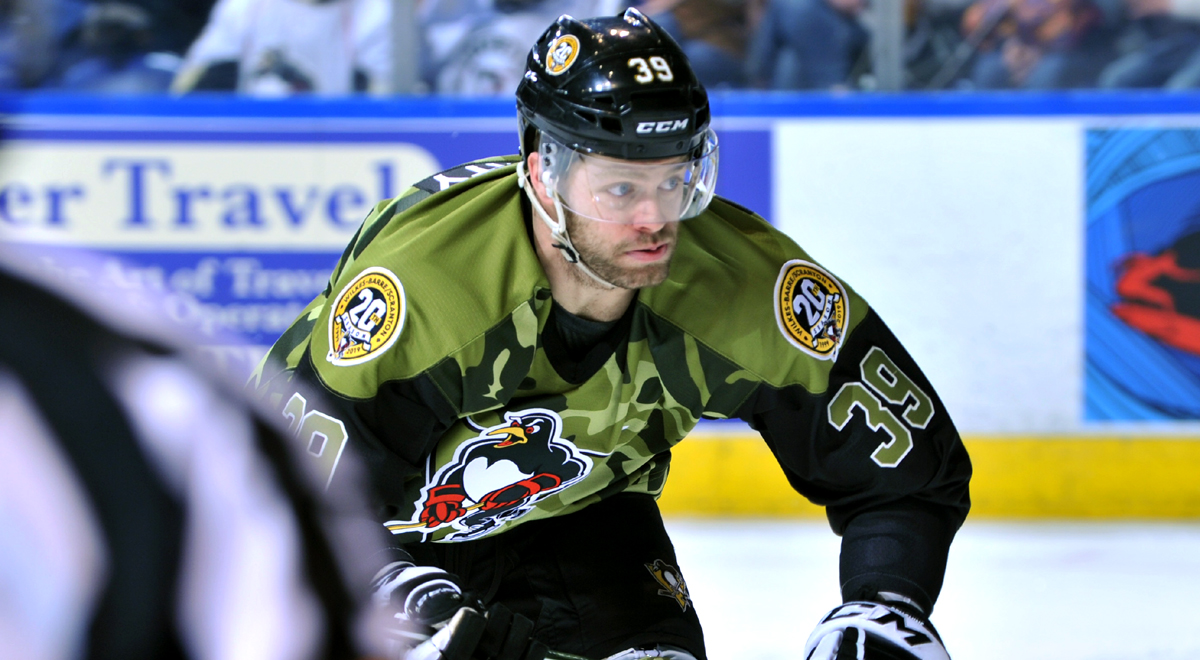 WILKES-BARRE, Pa. – The Wilkes-Barre/Scranton Penguins tallied in the closing minute of regulation and forced overtime, but fell in the extra session, 3-2, to the Utica Comets on Saturday at Mohegan Sun Arena at Casey Plaza.

Wilkes-Barre/Scranton (24-21-5-2) erased a two-goal deficit in the third period, including a power-play goal with 42 seconds left to earn an important point in the Atlantic Division standings. However, Utica got the upper hand in OT and walked away with the sudden death win.

After 39 minutes of high-octane-but-no-goals hockey, Utica broke the seal with 35.8 seconds remaining in the second period. Brendan Woods collected the puck on a face-off battle in Wilkes-Barre/Scranton’s zone and sniped it off the far post and into the back of the net.

The Comets increased their lead to 2-0 when Tristan Jarry denied an initial shot from the point before Vincent Arseneau punched in the rebound at 2:15 of the third period. Three and a half minutes later, the Penguins converted on a face-off play of their own to pull within one. Jean-Sébastien Dea won the draw back to Sam Miletic, who ripped a shot the over the glove of Michael Leighton.

With time ticking down and the Penguins desperate for a tying goal, a six-on-four, extra-attacker man advantage delivered the equalizer. After a slap shot was turned aside by Leighton, the rebound caromed right to Jarrett Burton. Instead of trying to stuff the loose puck through Leighton’s short side, Burton instead sent it backdoor to a wide-open Ryan Haggerty who seized the opportunity with 42 ticks of the clock left. With the clutch goal, Haggerty now has nine points (6G-3A) in his last nine games.

Overtime demonstrated both teams’ abilities to run and gun with end-to-end action, but ultimately, Cam Darcy sealed the victory for the Comets at 3:12 of the bonus frame.

Wilkes-Barre/Scranton’s next game is tomorrow, Sunday, Feb. 17, in a matinée visit with Hartford Wolf Pack. The Penguins’ next home game is Friday, Feb. 22 against the Hershey Bears. Hershey’s final trip to Mohegan Sun Arena at Casey Plaza this season also serves as an Eyewitness News Fan Friday, with lower-bowl seating available for $14 and select draught beers on sale for $2 from 6:00–7:30 p.m. Puck drop on between the Penguins and Bears is scheduled for 7:05 p.m.