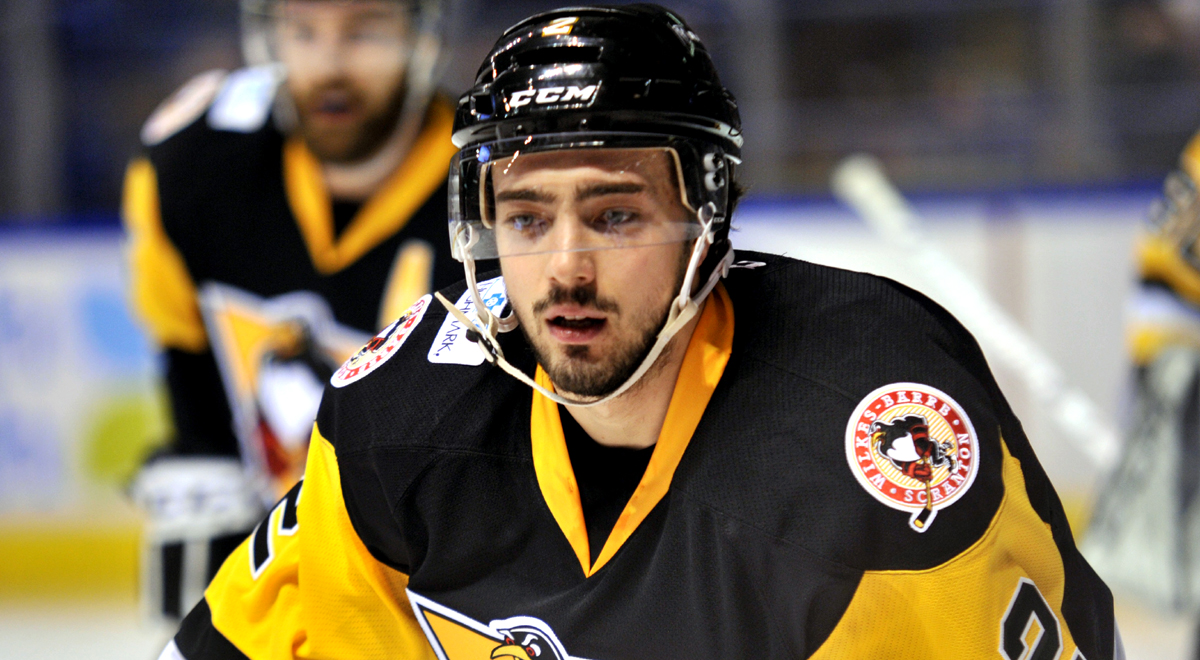 Taylor, a second-year pro, recorded two goals and three assists for five total points in 28 games with the Penguins this season. The 24-year-old blueliner notched his first career AHL goal on Dec. 8, 2018, scoring the game-tying tally for Wilkes-Barre/Scranton in an eventual 3-1 victory over Bridgeport.

Taylor joins Wheeling for the first time this season, but appeared in 28 contests for the Nailers during the 2017-18 campaign. In that time, the native of Clifton Park, New York registered four goals and 15 assists for 19 total points.

Wilkes-Barre/Scranton’s next game is Friday, Feb. 22 against the Hershey Bears. Hershey’s final trip to Mohegan Sun Arena at Casey Plaza this season also serves as an Eyewitness News Fan Friday, with lower-bowl seating available for $14 and select draught beers on sale for $2 from 6:00–7:30 p.m. Puck drop on between the Penguins and Bears is scheduled for 7:05 p.m.