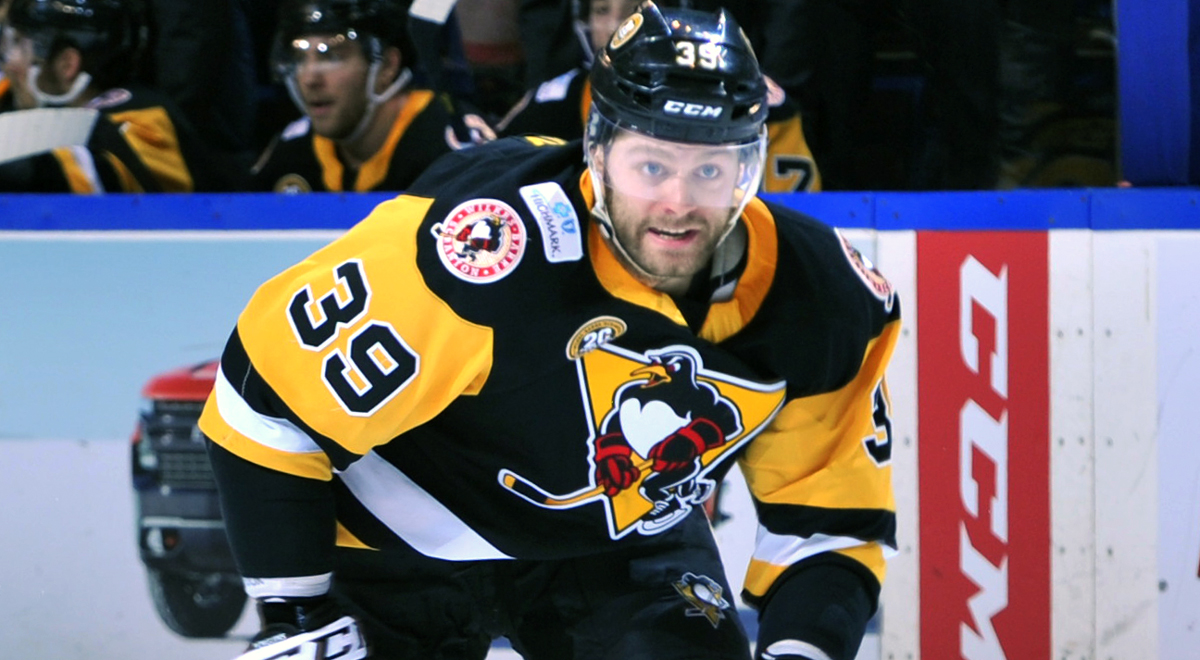 WILKES-BARRE, Pa. – The Wilkes-Barre/Scranton Penguins dropped a 4-2 decision to the Hershey Bears on Friday night at Mohegan Sun Arena at Casey Plaza.

The Wilkes-Barre/Scranton Penguins (25-22-5-2) received two goals from Ryan Haggerty in the second period, but Hershey’s Riley Barber ran away with a hat trick to complete a third-period comeback by the Bears.

Hershey broke the seal and scored the game’s first goal on the power play at 2:47 of the second period. Immediately after the expiration of the Penguins’ first penalty on a two-man advantage for the Bears, Aaron Ness set up Barber for a one-timer that found the back of the net.

The Penguins knotted the score at 9:08 of the middle frame on Haggerty’s first of the night. Haggerty dangled around Liam O’Brien and then unleashed a scintillating shot to beat Vítek Vaněček. The Penguins’ forward continued his red-hot run by putting Wilkes-Barre/Scranton on top approximately six minutes later. Joseph Cramarossa found Haggerty at the right circle in the Hershey zone, whose blast kissed off the post on the way to lighting the lamp.

Jayson Megna tied the game, 2-2, with a backhand breakaway conversion 55 seconds into the final frame.

Late in the third period, a crucial save by Vaněček sent the Bears the other way in a hurry and led to the go-ahead goal. Mike Sgarbossa collected a loose puck behind the Penguins’ net and fed Barber in the slot for his second tally of the contest and a 3-2 lead with 3:41 remaining in regulation time.

Tristan Jarry made 26 saves in defeat for the Penguins. Vaněček denied 30 bids to extend the Bears’ winning streak to 10 games.

Wilkes-Barre/Scranton’s next game is Sunday, Feb. 24 against the Rockford IceHogs. Rockford’s lone visit to Mohegan Sun Arena at Casey Plaza this season also serves as a Kids Free Sunday, during which children aged 14 and under can attend the game free of charge with the paid purchase of one adult ticket. Puck drop on between the Penguins and IceHogs is scheduled for 3:05 p.m.