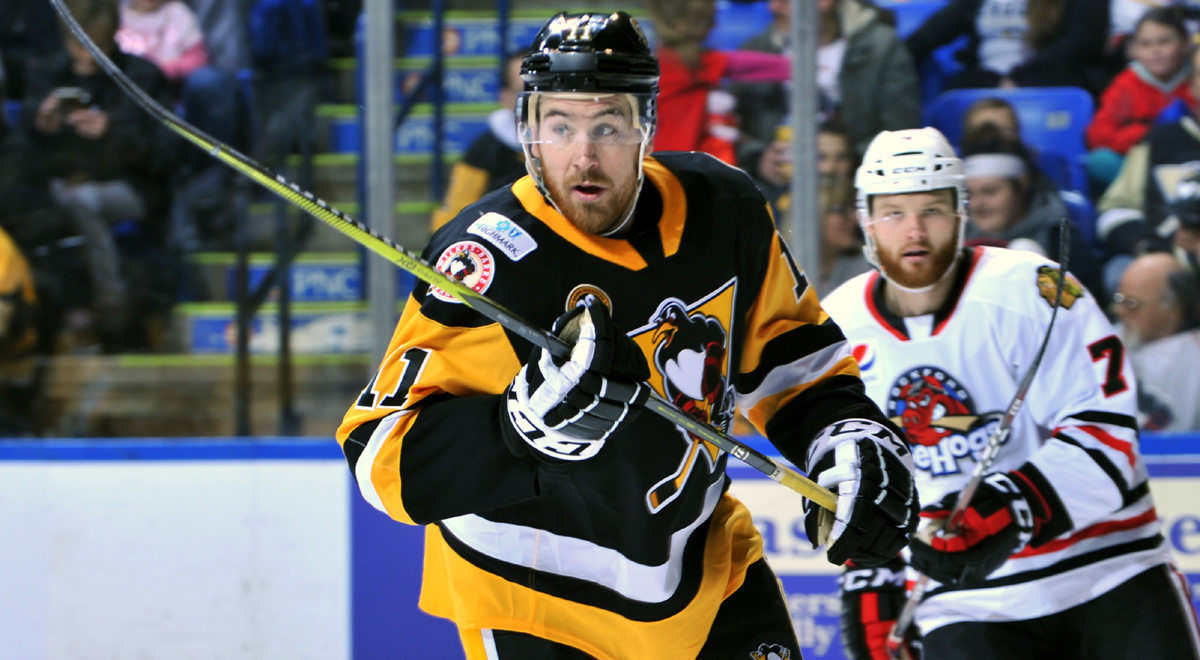 WILKES-BARRE, Pa. – The Wilkes-Barre/Scranton Penguins dispatched of the Rockford IceHogs, 4-1, on Sunday afternoon at Mohegan Sun Arena at Casey Plaza.

Wilkes-Barre/Scranton (26-22-5-2) used a pair of second-period goals by Jimmy Hayes to bump ahead of its opponent and then proceeded to lock things down in the third period for the win.

Ryan Scarfo scored the first goal of the day and his first as a Penguin at 6:48 of the opening frame. Fresh off reassignment from Wheeling, Jeff Taylor carried the puck and around the net for a cross-crease feed to Scarfo who was waiting to poke it in.

Tristan Jarry and Kevin Lankinen had back-to-back breakaway saves late in first period in addition to several other sparkling saves made by both goaltenders in the first 20 minutes of action. However, the IceHogs eventually solved Jarry and evened the contest in the closing moments of the frame. Tic-tac-toe passing led to Luke Johnson wristing a shot past the Penguins’ netminder with 1:53 to go before the first intermission.

Hayes scored the first of his two goals at 5:45 of the second stanza. Trying to force a pass to the slot, the puck bounced off of a Rockford defender and behind Lankinen, reestablishing Wilkes-Barre/Scranton’s lead. That lead increased to 3-1 on Hayes’ second strike, a slap shot from the right-side face-off circle midway through regulation.

The Penguins held the IceHogs at bay throughout the third period, and Adam Johnson added an empty-net tally with 3:18 left to secure a three-goal lead.

Jarry finished the night having made 33 saves, while Lankinen denied 23 of the 26 shots he faced.

Wilkes-Barre/Scranton’s next game is Friday, Mar. 1 against the Providence Bruins. The Penguins’ next home game is Wednesday, Mar. 6, when they take on a Keystone State rival, the Lehigh Valley Phantoms, in a game rife with postseason implications. Puck drop on between the Penguins and Phantoms is scheduled for 7:05 p.m. at Mohegan Sun Arena at Casey Plaza.