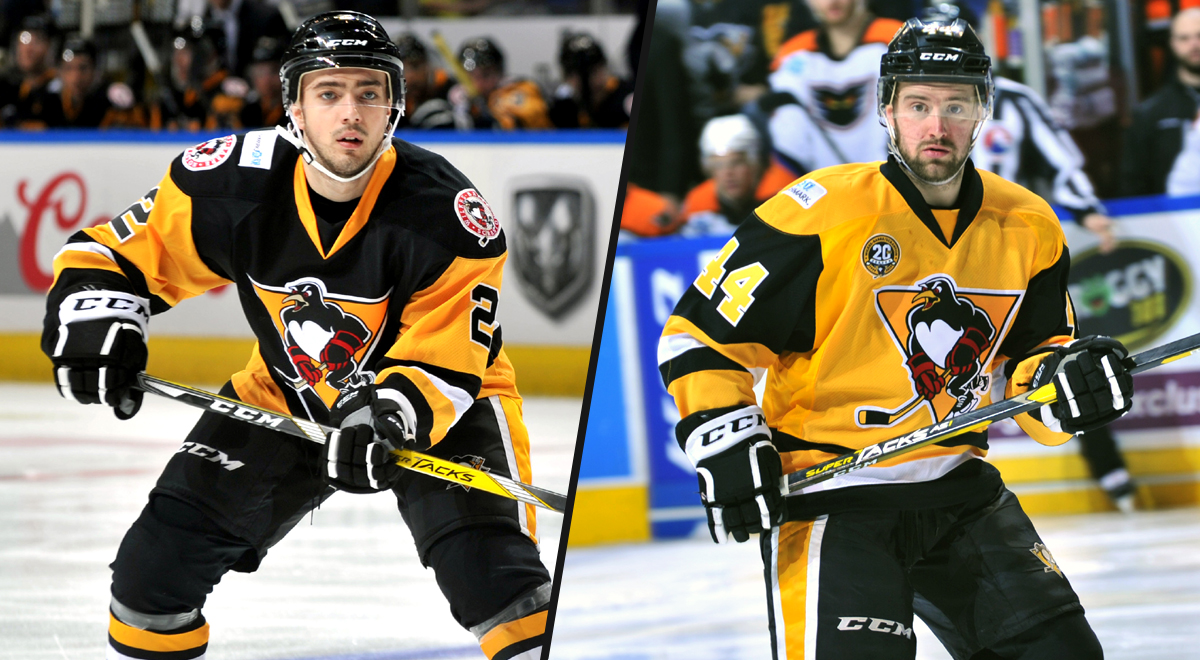 Taylor, a second-year pro, appeared in one game with Wheeling on Feb. 21, 2019 and registered one assist against the Cincinnati Cyclones. This season with Wilkes-Barre/Scranton, he has recorded two goals and three assists for five total points in 28 games this season. The 24-year-old blueliner notched his first career AHL goal on Dec. 8, 2018, scoring the game-tying tally for Wilkes-Barre/Scranton in an eventual 3-1 victory over Bridgeport.

Brown has skated in 11 games for Wilkes-Barre/Scranton this season and has recorded four points (1G-3A). The five-foot-seven forward has played in 25 total AHL games over his two-year professional career.

After being sent to Wheeling on Feb. 12, 2019, Brown notched three points (1G-2A) in five games with all points coming in his first game back with the club against the Reading Royals. He has appeared in 35 games for the Nailers this season and has 37 points (9G-28A). The Massachusetts native recorded 12 multi-point games for Wheeling including two, four-point efforts. Brown is third on the team with 28 assists and fourth overall with 37 points (9G-28A).

Wilkes-Barre/Scranton’s next game is today, Sunday, Feb. 24, against the Rockford IceHogs. Rockford’s lone visit to Mohegan Sun Arena at Casey Plaza this season also serves as a Kids Free Sunday, during which children aged 14 and under can attend the game free of charge with the paid purchase of one adult ticket. Puck drop on between the Penguins and IceHogs is scheduled for 3:05 p.m.