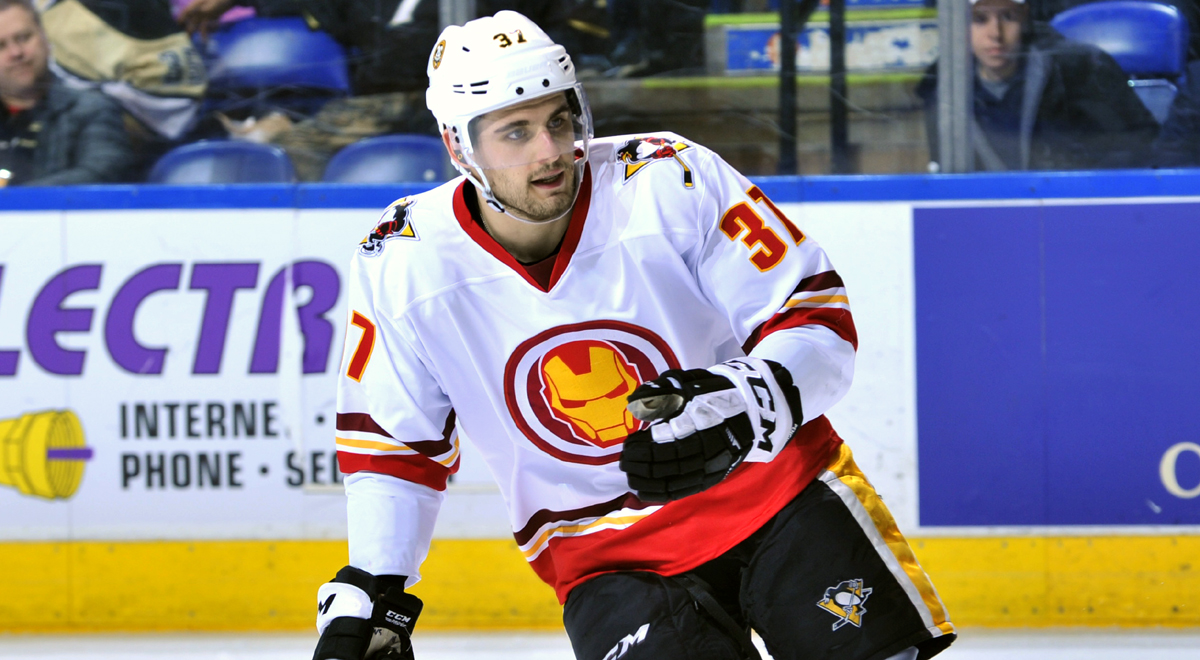 Wilkes-Barre/Scranton (28-23-6-3) tallied twice on the man advantage during the third period to force the extra session, giving way for the mild-mannered Miletic to transform into a hero on the Penguins’ MARVEL Super Hero™ Night.

The Crunch cracked open the scoring early with a pass from below the goal line and towards the slot from Andy Andreoff to Ross Colton 3:27 into the game. Syracuse extended its lead to 2-0 by converting on the power play midway through the opening frame. Former Penguin Cameron Gaunce launched a slap shot to the back of the net during the Crunch’s first man advantage of the game. However, despite many opportunities thereafter, Gaunce’s goal would be Syracuse’s only power play strike of the night.

Tristan Jarry proceeded to make a bevy of unbelievable saves in the latter half of the first period to keep the Penguins within striking distance, including a point blank rebound stop on Alexander Volkov and a breakaway denial of Boris Katchouk.

The Penguins got on the board at 11:40 of the stanza when Cam Brown and Jimmy Hayes fought valiantly for the puck behind the Crunch net and eventually won the battle for Linus Ölund to finish the play from the hashmarks.

Onto the third period they went, and Wilkes-Barre/Scranton managed to even the scales, 2-2, with a power play goal by Joseph Blandisi at 7:35 of the third period. However, Syracuse responded right back with Colton’s second of the night, making it 3-2, Crunch.

Afforded another man advantage opportunity in the final frame of regulation, the Penguins saw Hayes wrist a shot through traffic and past Martin Ouellette at 14:36 of the third period. Hayes’ equalizer meant that for the seventh time in their past 10 games, the Penguins had gone past regulation and required overtime.

Miletic sent the Penguins’ faithful home happy by depositing a rebound to the back of the Syracuse net 94 seconds into the extra stanza.

Jarry and Ouellette both faced lots of rubber throughout the contest, but Jarry got the upper hand, making 34 saves in the victory. Ouellette denied 32 shots while taking the OT loss.

Syracuse was presented with eight power plays throughout the course of the game, only to see Wilkes-Barre/Scranton kill off seven in a row while blazing its comeback trail. The Penguins’ power play went two-for-six on the night.

Wilkes-Barre/Scranton’s next game is on Wednesday, Mar. 14, when it pays a visit to PPL Center to take on the Lehigh Valley Phantoms. The Penguins’ next home game is on Saturday, Mar. 16, and it will be the team’s annual St. Patrick’s Day celebration when the black and gold face-off against the Providence Bruins. Puck drop between the Penguins and P-Bruins is scheduled for 7:05 p.m.