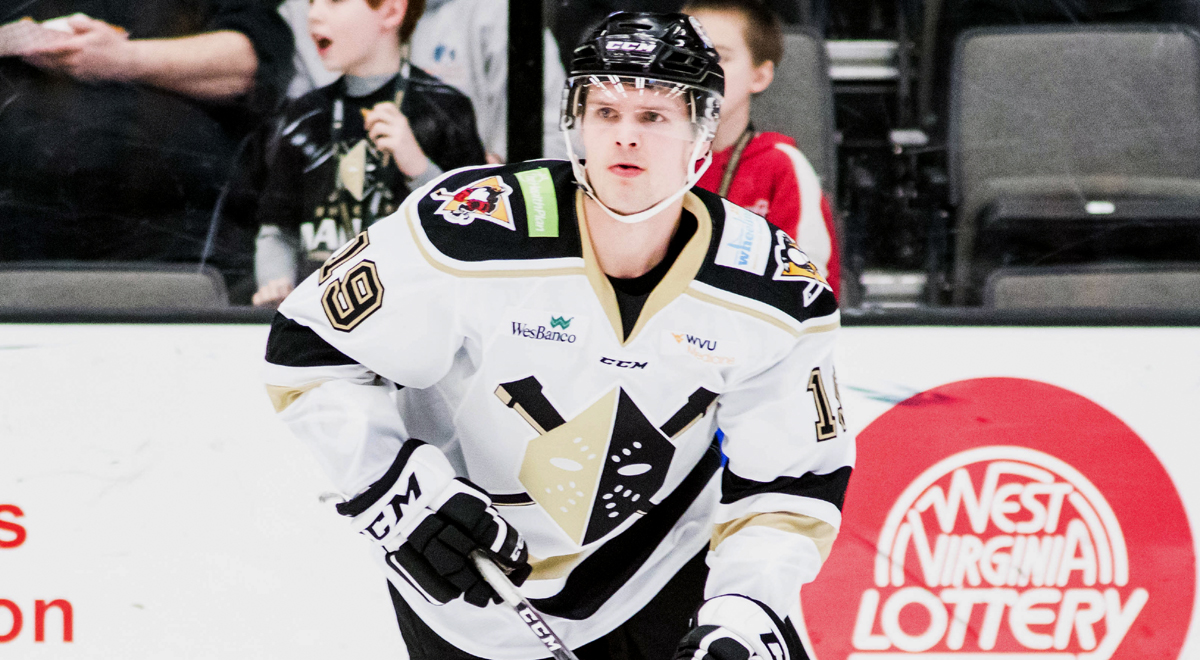 WILKES-BARRE, Pa. – The Wilkes-Barre/Scranton Penguins announced today that they have recalled forward Trevor Yates from their ECHL affiliate, the Wheeling Nailers.

Wilkes-Barre/Scranton traded for the first-year pro on Feb. 8, 2019, acquiring him from the Grand Rapids Griffins in exchange for future considerations. Yates has been a point-per-game player since joining the Nailers after the trade. The Beaconsfield, Québec native has six goals and eight assists for 14 points in 14 contests with Wheeling. Yates also amassed seven points (2G-5A) in 27 games with the ECHL’s Toledo Walleye earlier this season, and  he appeared in two AHL games with Grand Rapids during the 2018-19 campaign, recording no points in that time.

Yates played with Penguins rookie forward Anthony Angello when the two were teammates at Cornell University during the 2015-16, 2016-17 and 2017-18 seasons. Yates earned 32 goals and 33 assists for 65 points in 120 career NCAA games. He also played his prep school hockey with Deerfield Academy in Massachusetts, where he was a teammate and roommate of Penguins rookie forward Sam Lafferty.

Wilkes-Barre/Scranton’s next game is on Wednesday, Mar. 14, when it pays a visit to PPL Center to take on the Lehigh Valley Phantoms. The Penguins’ next home game is on Saturday, Mar. 16, and it will be the team’s annual St. Patrick’s Day celebration when the black and gold face-off against the Providence Bruins. Puck drop between the Penguins and P-Bruins is scheduled for 7:05 p.m.