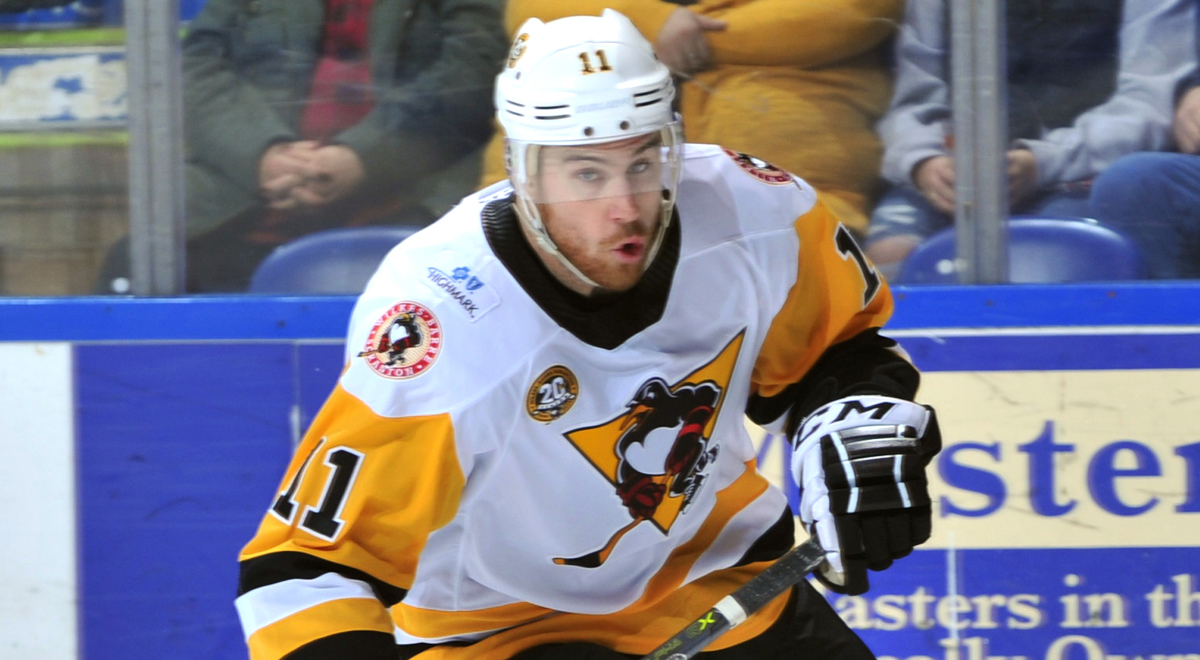 ALLENTOWN, Pa. – Jimmy Hayes put forth a hat trick to propel the Wilkes-Barre/Scranton Penguins to a 4-1 triumph over the Lehigh Valley Phantoms on Wednesday night at PPL Center.

Wilkes-Barre/Scranton (29-23-6-3) played a tight defensive game through 40 minutes, then went off for three goals in the third period including two of Hayes’ three goals. Tristan Jarry was magnificent in net for the Penguins, holding the Phantoms at bay with 38 saves.

Hayes opened the scoring in the game’s early stages, depositing a rebound to the back of the net at 1:57 of the first period.

The Penguins’ maintained their 1-0 lead through the second period, thanks in large part to a flurry of saves by Jarry in the last few minutes of the middle frame. Lehigh Valley pushed in a determined attempt to tie the game before the second intermission, but came up empty.

Wilkes-Barre/Scranton then went up 2-0 when Ryan Haggerty sniped a shot from the left-side wall 19 seconds into the third period. Hayes later lit the lamp for the second time at 8:47 of the final frame of regulation.

Undeterred, the Phantoms continues to put the pressure on the Penguins, eventually resulting in a fluky goal for Byron Froese. Froese flipped the puck from the goal line to the Penguins’ net front, only to see his blind centering feed bounce off of a Wilkes-Barre/Scranton defenseman and behind Jarry midway through the final frame of regulation.

Down by two goals, the Phantoms got aggressive and pulled their goalie for an extra attacker with more than three minutes left in regulation. However, their gamble only opened the door for Hayes to complete the hat trick and seal the game for the Penguins.

Wilkes-Barre/Scranton’s next game is on Saturday, Mar. 16, and it will be the team’s annual St. Patrick’s Day celebration at Mohegan Sun Arena at Casey Plaza when the black and gold face-off against the Providence Bruins. Puck drop between the Penguins and P-Bruins is scheduled for 7:05 p.m.