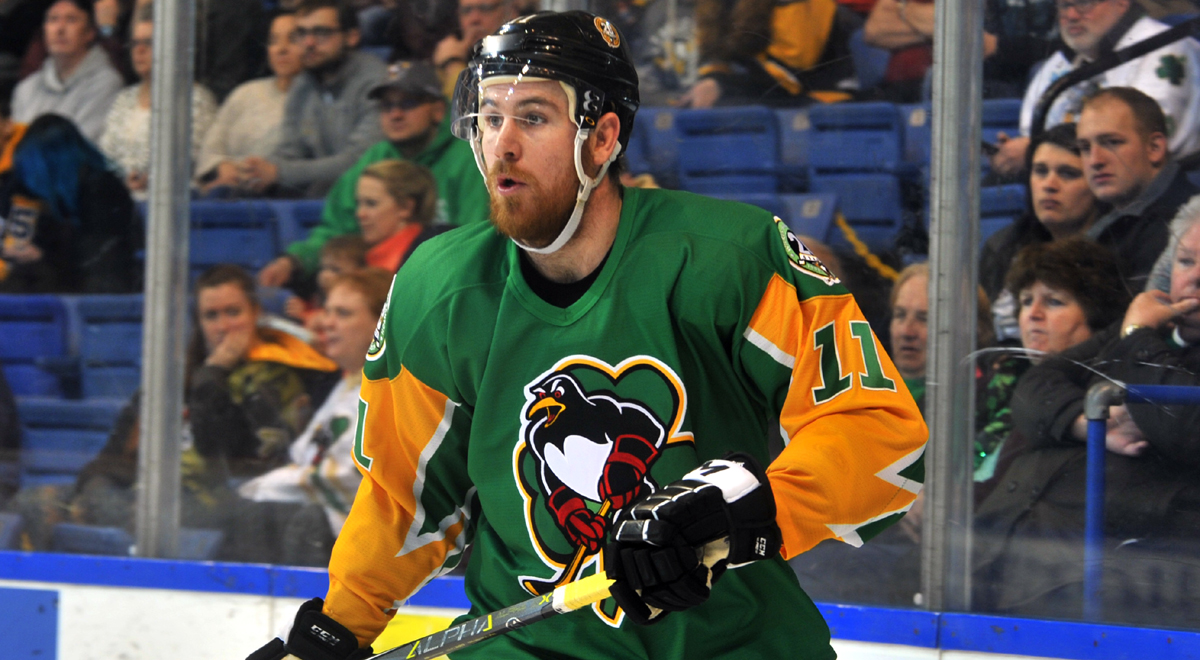 WILKES-BARRE, Pa. – The Wilkes-Barre/Scranton Penguins fell by a 4-2 score to the Toronto Marlies on Sunday at Mohegan Sun Arena at Casey Plaza.

Wilkes-Barre/Scranton (30-24-6-3) saw its three-game win streak and four-game point streak come to an end at the hands of the defending Calder Cup Champions after an explosive sequence near the end of the second period lifted Toronto to victory.

The Marlies’ league-best road power play lit the lamp at the expiration of a five-on-three man advantage to take a 1-0 lead over the Penguins 12:49 into the contest. Chris Mueller was initially denied with a ludicrous stop by Penguins goaltender Tristan Jarry, but Mueller made sure the rebound crossed the goal line and added to his eight-game goal streak.

Toronto doubled its lead on the power play at 11:34 of the middle frame. Once again, Jarry denied the first shot, but Adam Brooks punched in the rebound for the 2-0 edge.

Jarry got his revenge by flinging the puck down the ice to a wide open Jimmy Hayes. Hayes gathered the long pass from his goaltender and rattled a wrister off the post and in at 5:01 of the second period. With the goal, the Penguins not only cut the deficit down to 2-1, but Hayes notched his eighth tally in his last nine games, and Jarry added to his franchise record of most career points by a goalie (7).

The Marlies notched back-to-back goals in the final minute of the middle frame to assume a commanding 4-1 lead heading into the second intermission.

Jarrett Burton fired a shot over the glove of Michael Hutchinson to lessen the deficit to two with 5:49 remaining in regulation time, but the Penguins didn’t manage to move any closer to infringing on Toronto’s 4-2 lead.

Wilkes-Barre/Scranton’s next game is Tuesday, Mar. 19, the team’s last meeting of the season with the Hershey Bears. The Penguins’ next home game is Friday, Mar. 22 against the Lehigh Valley Phantoms. Puck drop between the Penguins and Phantom is scheduled for 7:05 p.m. at Mohegan Sun Arena at Casey Plaza.