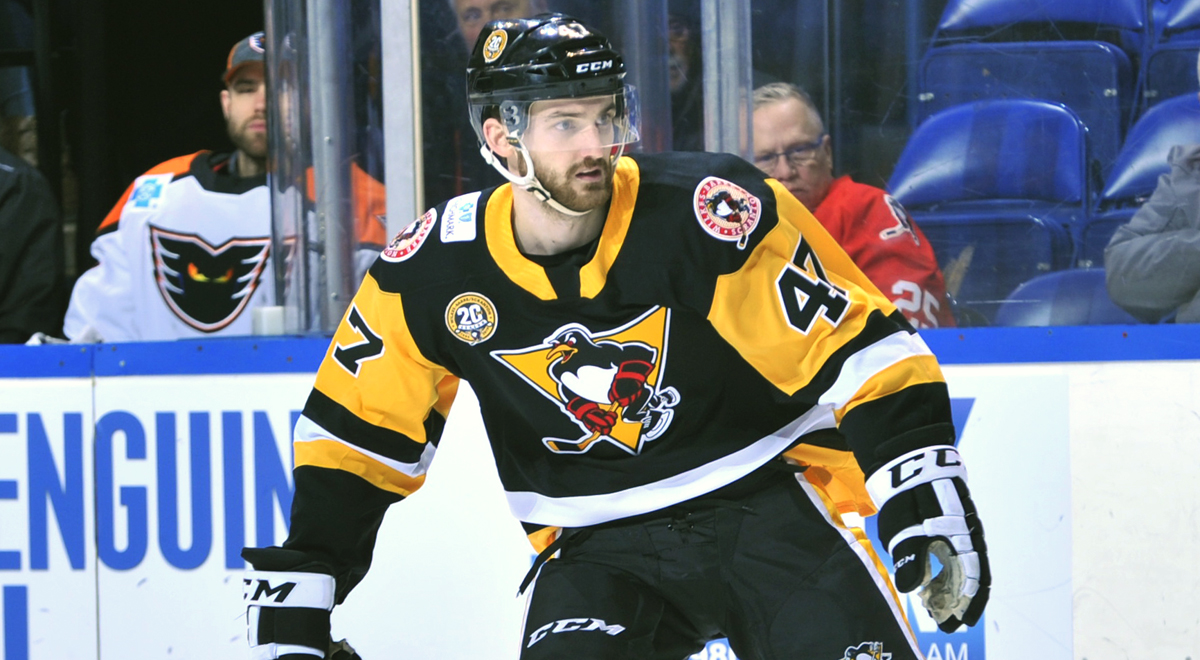 The Pittsburgh Penguins have recalled forward Adam Johnson from the Wilkes-Barre/Scranton Penguins of the American Hockey League, it was announced today by executive vice president and general manager Jim Rutherford.

Johnson will be looking to make his NHL debut when the Penguins visit the Nashville Predators on Thursday, March 21 at 8:00 PM ET at Bridgestone Arena.

Johnson, 24, is in his second professional season with the WBS Penguins. This year, he currently ranks second on WBS with 40 points (18G-22A) in 63 games played. He has improved his offensive totals across the board this season, thanks to a recent run where he has notched points in eight of his last 11 games (4G-5A-9PTS).

Before joining the Penguins, Johnson played two seasons at the University of Minnesota-Duluth. As an NCAA sophomore, he produced 18 goals and 37 points in 42 games, finishing second on his team in both. He was UMD’s top scoring rookie his freshman year with 18 points (6G-12A) in 39 games played. He wrapped his two-year college career with nine power-play goals and five game-winning markers.

Johnson was signed as an undrafted free agent by Pittsburgh on July 6, 2017 after attending its prospect development camp.

Wilkes-Barre/Scranton’s next game is Friday, Mar. 22 against the Lehigh Valley Phantoms. The Phantoms’ final visit to Mohegan Sun Arena at Casey Plaza this season also serves as an Eyewitness News Fan Friday, with lower bowl tickets available for $14 and select draught beers on sale for $2 from 6:00 – 7:30 p.m. Puck drop between the Penguins and Phantom is scheduled for 7:05 p.m.