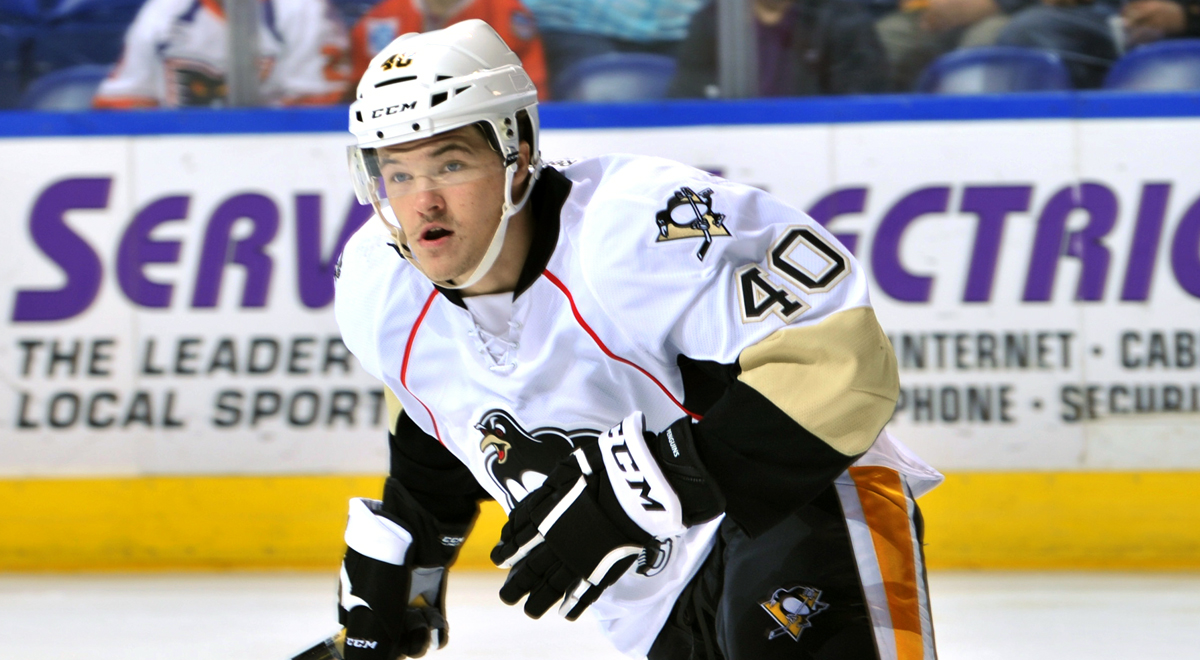 WILKES-BARRE, Pa. – The Wilkes-Barre/Scranton Penguins announced today that they have recalled forward Renārs Krastenbergs from their ECHL affiliate, the Wheeling Nailers. Furthermore, forward Trevor Yates has been reassigned to the Nailers.

Krastenbergs, in his first season of pro hockey, racks third on the Nailers in points (41). The 20-year-old from Jelgava, Latvia also recorded 10 points (3G-7A) in his last 11 games prior to his recall to Wilkes-Barre/Scranton.

Krastenbergs earned an American Hockey League contract with the Penguins after a strong showing at the team’s training camp in September. The former Oshawa Generals forward scored the game-winning goal in Wilkes-Barre/Scranton’s final exhibition contest, securing the team a perfect 3-0 record in the preseason.

Yates recorded no points in four games with the Penguins this season. However, he has been a point-per-game player since joining the Nailers mid-season. The Beaconsfield, Québec native has six goals and eight assists for 14 points in 14 contests with Wheeling. Wilkes-Barre/Scranton acquired Yates in a trade on Feb. 8, 2019, acquiring him from the Grand Rapids Griffins in exchange for future considerations.

Wilkes-Barre/Scranton’s next game is tomorrow, Wednesday, Mar. 27, a seismic showdown with the Providence Bruins. Major playoff implications will be on the line when the Penguins and Bruins drop the puck at 7:05 p.m. at Mohegan Sun Arena at Casey Plaza.

Fans can also keep up with the Penguins through the AHL’s brand new high definition streaming service, AHLTV. Fans can visit theahl.com/AHLTV now to register for a free AHLTV account and purchase 2018-19 subscriptions.