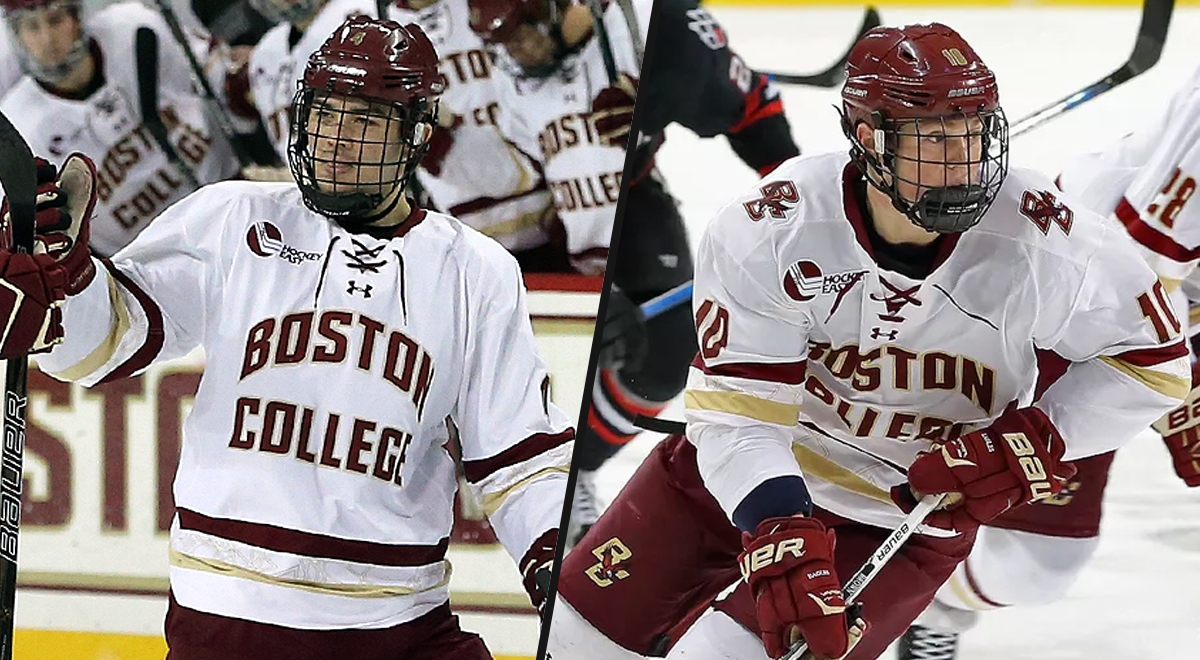 WILKES-BARRE, Pa. – The Wilkes-Barre/Scranton Penguins announced today that they have signed defenseman Michael Kim and forward Chris Brown to amateur tryout agreements for the remainder of the 2018-19 season. Furthermore, Kim has been signed by the Penguins to an American Hockey League contract for next year.

Both Kim and Brown recently wrapped up their senior seasons at Boston College, where they spent all four years together as teammates and co-captained the Eagles in 2017-18 and 2018-19.

Kim topped all Boston College blueliners in points for the second consecutive season after amassing 15 points in his senior year. The Toronto-born 23-year-old also led the Eagles defense in goals (3) and assists (12) this season.

Brown posted seven goals and nine assists for 16 points this year. He was originally a sixth round draft pick (151st overall) of the Buffalo Sabres in 2014 after posting 84 points (26G-58A) in 28 games at Cranbrook-Kingswood Upper School.

Brown, from Bloomfield Hills, Michigan, is from the same hometown as current Penguins forward Sam Miletic. The two were also teammates with the Green Bay Gamblers (USHL) during the 2014-15 season.

Wilkes-Barre/Scranton’s next game is tomorrow, Wednesday, Mar. 27, a seismic showdown with the Providence Bruins. Major playoff implications will be on the line when the Penguins and Bruins drop the puck at 7:05 p.m. at Mohegan Sun Arena at Casey Plaza.