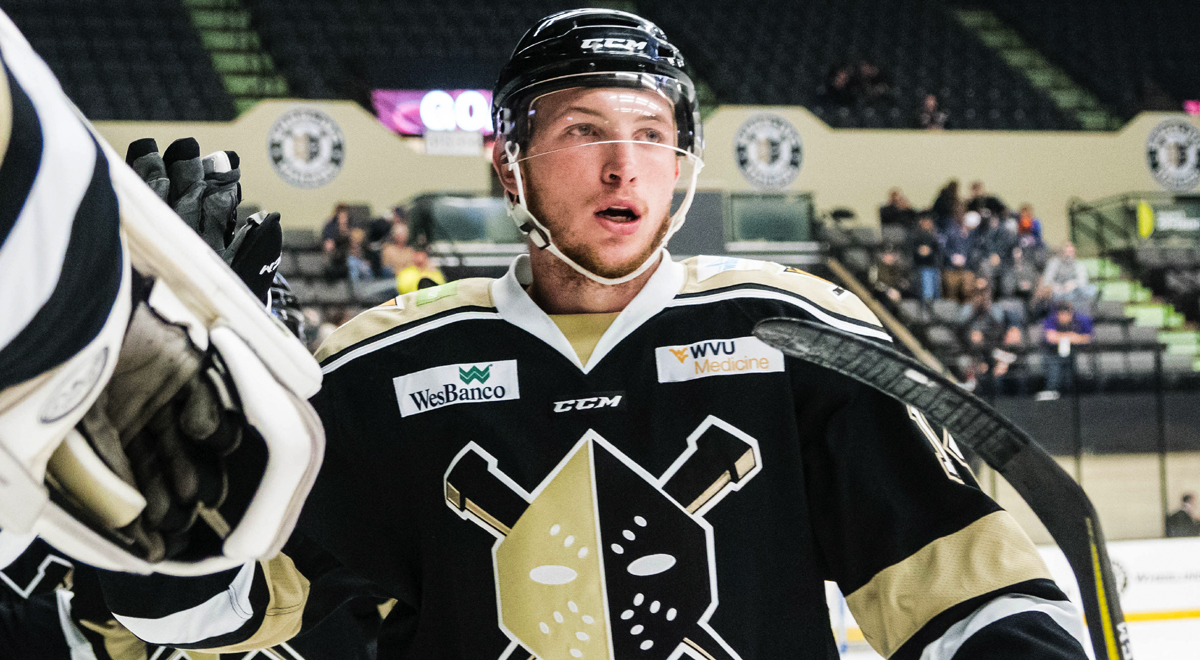 WILKES-BARRE, Pa. – The Wilkes-Barre/Scranton Penguins announced today that they have recalled forward Cédric Lacroix from their ECHL affiliate, the Wheeling Nailers.

Lacroix, a first-year pro, has 21 goals on the season with Wheeling, placing him in a tie for most on the team. Furthermore, his 40 points in 68 games put him tied for fourth on the Nailers.  The 24-year old forward also leads the Nailers in penalty minutes (209). Lacroix had six points (2G-4A) in his last five games prior to his recall, including the first three-point outing of his career on Mar. 29 vs. Fort Wayne.

Lacroix attended Wilkes-Barre/Scranton’s training camp in September and earned a one-year American Hockey League contract with the Penguins in January.

Hailing from Shefford, Québec, Lacroix spent four years playing at the University of Maine. In his senior season, Lacroix recorded a career-high six goals, and tied his career-best for points in a season with 11.

Wilkes-Barre/Scranton’s next game is tomorrow, Tuesday, Apr. 2, a special 10:30 a.m. school day game against the Bridgeport Sound Tigers in Connecticut. The Penguins’ next home game is Friday, Apr. 5 against the Binghamton Devils. The Devils’ first visit to Mohegan Sun Arena at Casey Plaza this season is also the Penguins’ final Eyewitness News Fan Friday, with lower-bowl seating available for $14 and select draught beers on sale for $2 from 6:00 – 7:30 p.m. Puck drop between the Penguins and Devils is scheduled for 7:05 p.m.