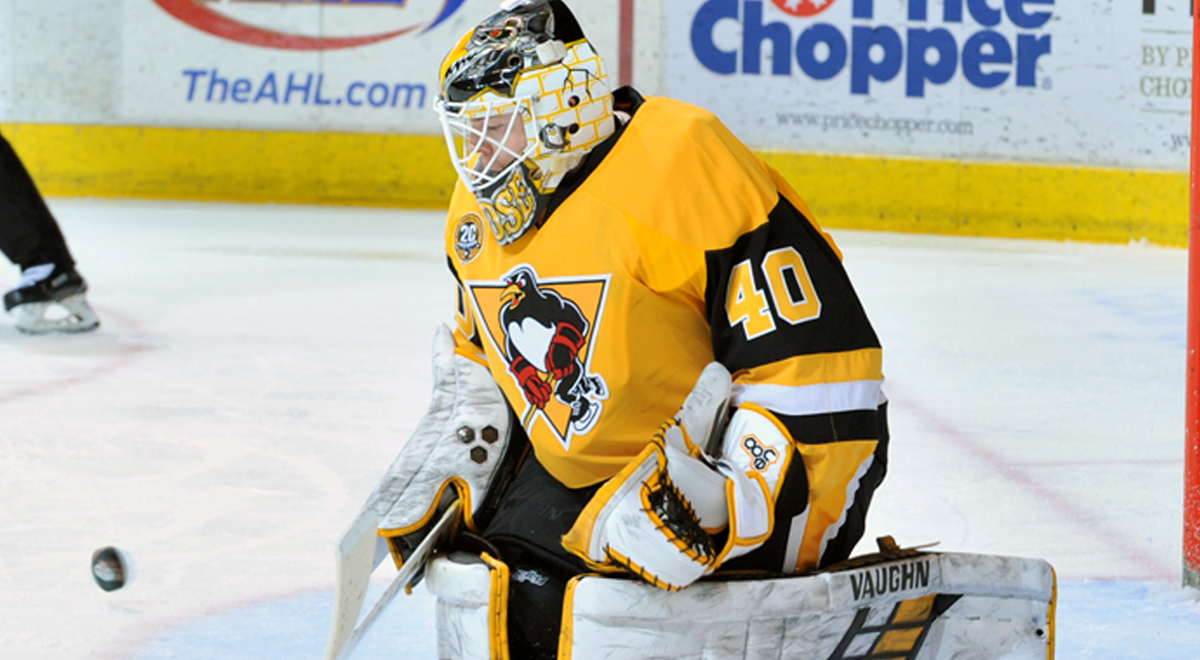 John Muse earned his second shutout of the season with 33 saves while Sam Lafferty and Adam Johnson led the Wilkes-Barre/Scranton (35-26-7-3) offense to victory. With the win, the Penguins remain undefeated in nine all-time meetings with the Devils.

The game’s first goal arrived 4:47 into the game on a beautiful set up by Lafferty. The rookie forward sped through the neutral zone and then sidestepped a pair of Devils before feathering a pass across the crease to Chris Summers. Summers located the loose puck and deposited it to the back of the net for his second goal of the season.

Lafferty added to the Penguins’ lead and put up his second point of the contest by finishing a perfect backdoor pass from Ethan Prow at 4:55 of the middle frame.

In the third period, Muse was at his best, denying a third of his total saves during the final frame.

On a late, third-period man advantage, Joseph Blandisi pulled the trigger on a snipe to the far corner with 2:09 remaining in regulation. Johnson and Czuczman combined on the delivery to Blandisi, which came with only one second left in the team’s seventh power play of the night.

Johnson and Jarrett Burton combined on an excellent defensive sequence in the waning moments of the game, culminating in Brandon Hawkins notching an empty-net tally to secure his first professional goal and give the Penguins a 4-0 edge.

Hawkins and Michael Kim both made their pro debuts and recorded their first AHL points with a goal and an assist, respectively.

Wilkes-Barre/Scranton’s next game is tomorrow, Saturday, Apr. 6, when it pays a visit to the Lehigh Valley Phantoms. The Penguins’ next home game is Saturday, Apr. 13 against the Bridgeport Sound Tigers. Puck drop between the Penguins and Sound Tigers is scheduled for 7:05 p.m.