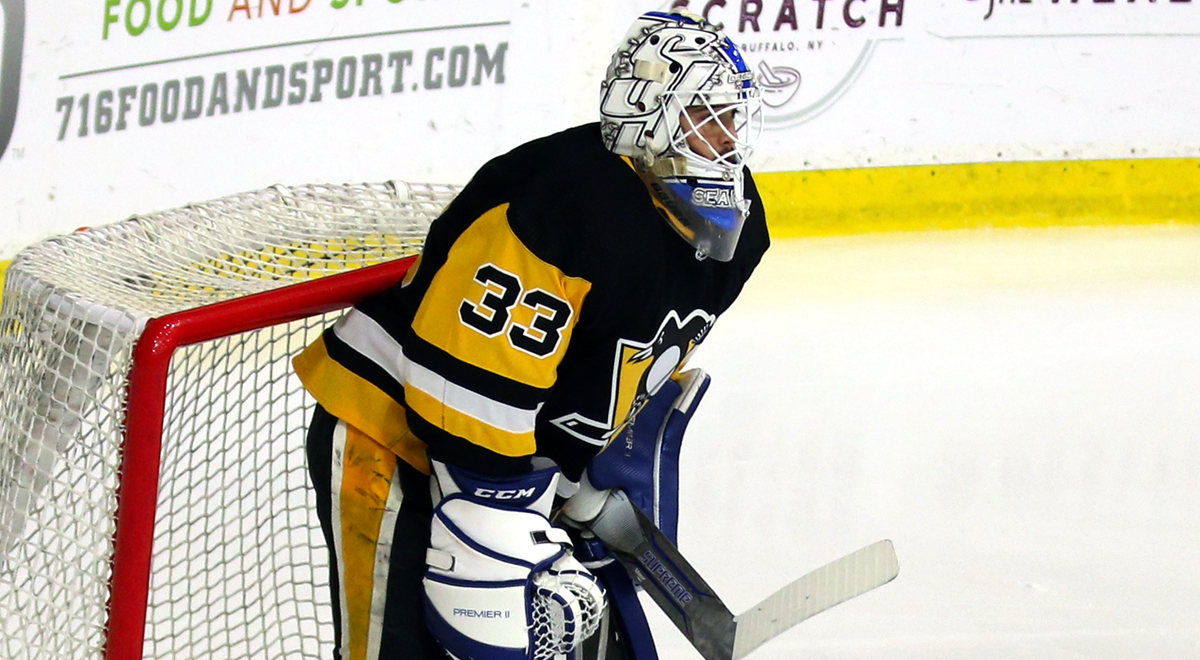 WILKES-BARRE, Pa. – The Wilkes-Barre/Scranton Penguins announced today that they have signed goaltender Alex D’Orio to an amateur tryout agreement for the remainder of the 2018-19 season.

D’Orio spent this past season split in the Québec Major Junior Hockey League between the Saint John Sea Dogs and Baie-Comeau Drakkar. The 19-year-old, right-handed netminder combined for a 21-23-4 record to go along with a 3.57 goals against average, .889 save percentage and two shutouts.

A native of Sherbrooke, Québec, he was signed to a three-year entry-level contract by the Pittsburgh Penguins as an undrafted free agent in September of 2017 after playing in the team’s annual rookie tournament in Buffalo, New York. D’Orio started all three games for the Penguins’ prospects in that year’s event, going 2-0-1 with a 2.59 goals against average and .902 save percentage.

Wilkes-Barre/Scranton’s next game is tonight, Friday, Apr. 5, against the Binghamton Devils. The Devils’ first visit to Mohegan Sun Arena at Casey Plaza this season is also the Penguins’ final Eyewitness News Fan Friday, with lower-bowl seating available for $14 and select draught beers on sale for $2 from 6:00 – 7:30 p.m. Puck drop between the Penguins and Devils is scheduled for 7:05 p.m.

THOMAS TAKING TIME TO LOOK BACK ON BUSY SEASON