PENGUINS DEFEATED BY COMETS IN UTICA 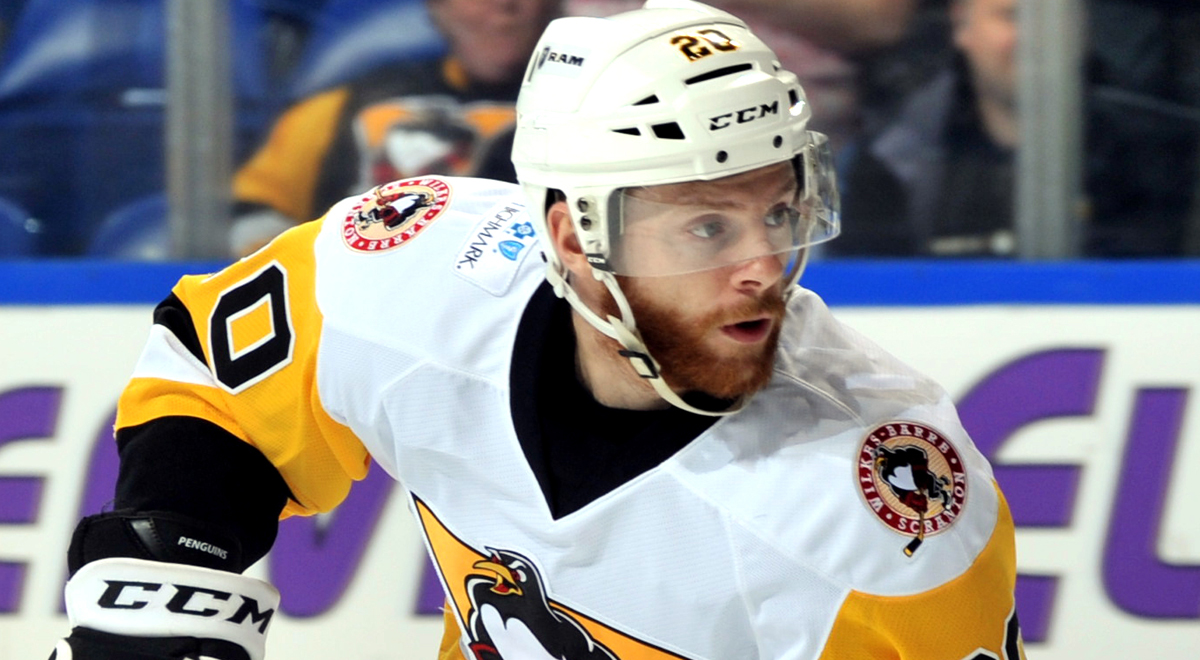 UTICA, N.Y. – The Wilkes-Barre/Scranton Penguins were stunned by the Utica Comets in a game that ended in a final score of 8-1 on Friday night at Adirondack Bank Center.

Jarrett Burton scored the only goal for Wilkes-Barre/Scranton (35-29-7-3), a tally that was sandwiched between six second-period strikes by their opponent.

Utica established an early lead just 2:57 into the contest. John Muse stopped the initial shot, but the rebound found its way to the slot and was pushed across the goal line by Jonah Gadjovich.

The Comets’ offensive explosion in the second stanza started with Boucher’s first goal of the night at 1:38 of the middle frame. Tom Pyatt added a man-advantage marker three minutes later, and Boucher tacked on another one with 9:02 remaining in the second period.

Burton put the Penguins on the board at 11:39 of the second period, demonstrating skillful hand-eye coordination on the team’s lone goal of the game.  Adam Johnson threw an aerial pass across the net-front, and Burton got his stick out at hip height to redirect it past Marek Mazanec and put Wilkes-Barre/Scranton within three goals.

However, Utica rattled off three more goals before the second intermission, including two more power play goals. Boucher completed the hat trick during a two-man advantage, followed by Lukáš Jašek and Kole Lind lighting the lamp two minutes apart in the late stages of the frame.

Jaime Sifers contributed a shorthanded goal at 2:45 of the third period, rounding out the night’s scoring.

Muse recorded 24 saves on 31 shots faced before being replaced at the start of the third period by Matt O’Connor. O’Connor, making his Penguins debut, made nine saves on 10 shots in one period of action. Mazanec turned aside 25 bids in the victory.

Wilkes-Barre/Scranton’s next game is tomorrow, Saturday, Apr. 13, against the Bridgeport Sound Tigers. Puck drop between the Penguins and Sound Tigers is scheduled for 7:05 p.m. at Mohegan Sun Arena at Casey Plaza.