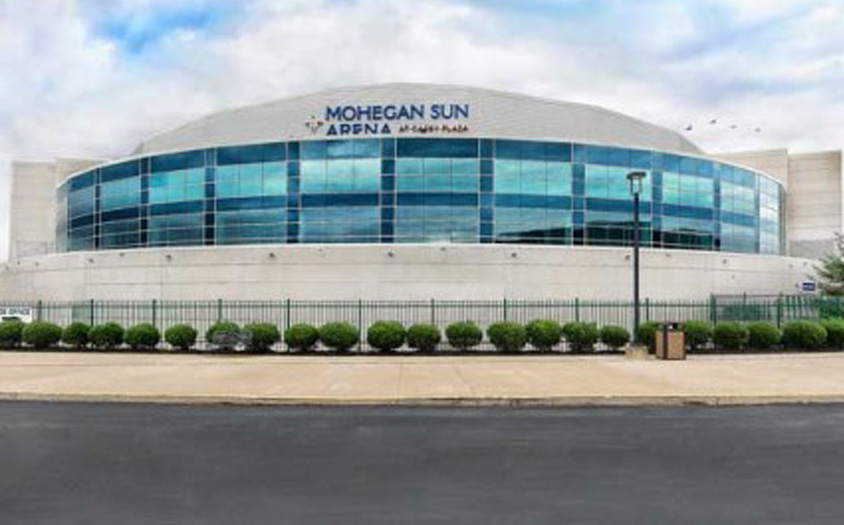 The Luzerne County Convention Center Authority and the National Hockey League’s Pittsburgh Penguins jointly announced this morning that both parties have reached an agreement in principle on a 10-year contract lease extension to keep the Wilkes-Barre/Scranton Penguins of the American Hockey League in Northeast Pennsylvania. The understanding calls for the Wilkes-Barre/Scranton Penguins to remain and play its seasons in the Authority’s arena for an additional ten years, commencing in July of 2019, subject to terms of the Lease. The Authority will seek formal approval of the various Lease provisions at its regularly scheduled meeting this Wednesday, May 8th at noon, following which it will hold a press conference.

“The agreement in principle is the culmination of months of hard work by the LCCCA and the Penguins,” said LCCCA Board Chairman Gary Zingaretti. “We are proud of the result and look forward to working with the Penguins for the next decade.”

“The iconic and historic Pittsburgh Penguins hockey franchise will continue its long partnership with Luzerne County in delivering high quality AHL hockey to the fans of Northeastern Pennsylvania, said Pennsylvania State Senator John Yudichak.” I am grateful for the relationships we have been able to forge with the Penguins executive team in Pittsburgh, and here locally, that clearly made these complex, but fair negotiations beneficial to both the Penguins and the taxpayers of Luzerne County.”

“The Pittsburgh Penguins are excited to extend our long-term partnership with the Wilkes-Barre/Scranton Penguins and the many fans and community partners who have made it such a success,” said David Morehouse, President and CEO of the Pittsburgh Penguins. “We especially want to thank Senator John Yudichak and Authority Chairman Gary Zingaretti for their leadership and support. As we like to say in Pittsburgh, this is a ‘Great Day For Hockey.’”

The Wilkes-Barre/Scranton Penguins have been the primary tenant of the SMG-managed Mohegan Sun Arena at Casey Plaza in Wilkes-Barre Township since 1999.

Mohegan Sun Arena at Casey Plaza is owned by the Luzerne County Convention Center Authority, a government body appointed by Luzerne County. The arena is managed by SMG, the world leader in entertainment and sports facilities management with catering and concessions services provided by SAVOR… at Mohegan Sun Arena.