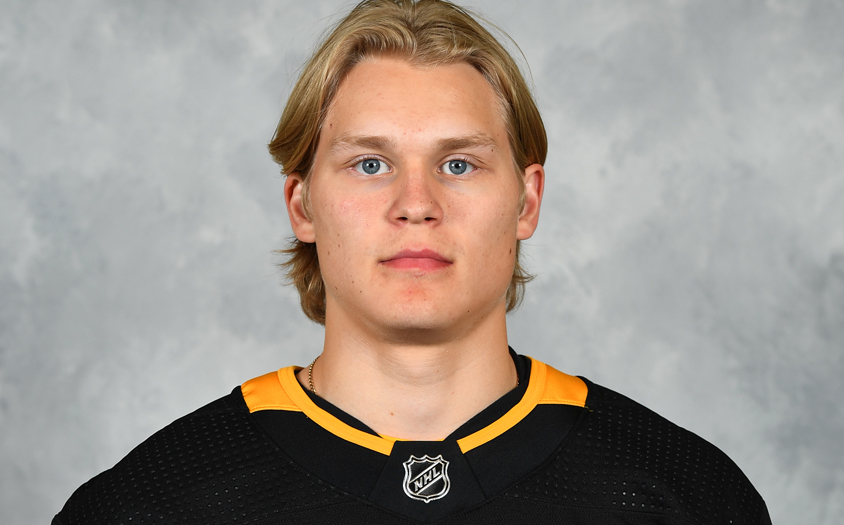 The 21-year-old forward spent the previous three seasons skating collegiately at Providence College, improving his offensive numbers each year for the Friars. As a junior tri-captain this past season, he set personal highs in goals (17), assists (13) and points (30) in 42 games, helping his club advance to the NCAA Frozen Four.

During the NCAA Tournament this year, Bjorkqvist tallied two points (1G-1A) in three games, including a clutch game-tying goal in an opening-round come-from-behind victory against Minnesota State. In 2018, Bjorkqvist scored in both of Providence’s NCAA Tournament games, earning him a spot on the NCAA East Regional All-Tournament Team. He wrapped up his college career with four points (3G-1A) in six NCAA Tournament appearances.

“Kasper was able to produce in big games throughout his college career, and he was fortunate to play in a lot of them,” assistant general manager Bill Guerin said of Bjorkqvist, who counted six game-winning goals among his 33 tallies the last two seasons. “Playing for an outstanding program in Providence allowed him to go far in the NCAA Tournament each season, so he received a lot of great experience.”

“We were very happy with the steady progression in Kasper’s production,” Guerin said. “I know Kasper expected that improvement in his personal numbers each season. He is also a very disciplined hockey player who plays a very team-oriented game.”

Although the 6-foot-1, 198-pound Bjorkqvist will not be able to attend the Penguins’ annual prospect development camp in late June as he continues recovering from a late-season injury, he has proven to be a leader in such settings in prior seasons. Guerin noted that Bjorkqvist possesses “natural leadership skills and a strong personality.”

Bjorkqvist and the Finns captured a silver medal when he was captain of the 2015 Under-18 Team. He also won a gold medal with Finland at the 2016 World Junior Championship.

Pittsburgh chose Bjorkqvist in 2016 after he enjoyed an All-Star season that year with his hometown Espoo Blues of the Jr. A SM-liiga in Finland. Serving as an alternate captain, Bjorkqvist won the league’s Teemu Selanne (best player) and Saku Koivu (best forward) Awards, while also garnering First All-Star Team honors after registering 28 goals, 38 assists and 66 points in 45 contests.

Bjorkvist, who the Pens chose with the 61st-overall selection in 2016, is the second member of his draft class to sign an entry-level contract with the Penguins this week, following in the footsteps of fellow Finn Niclas Almari, a defenseman and fifth-round selection (151st overall) who inked a three-year deal on May 9.