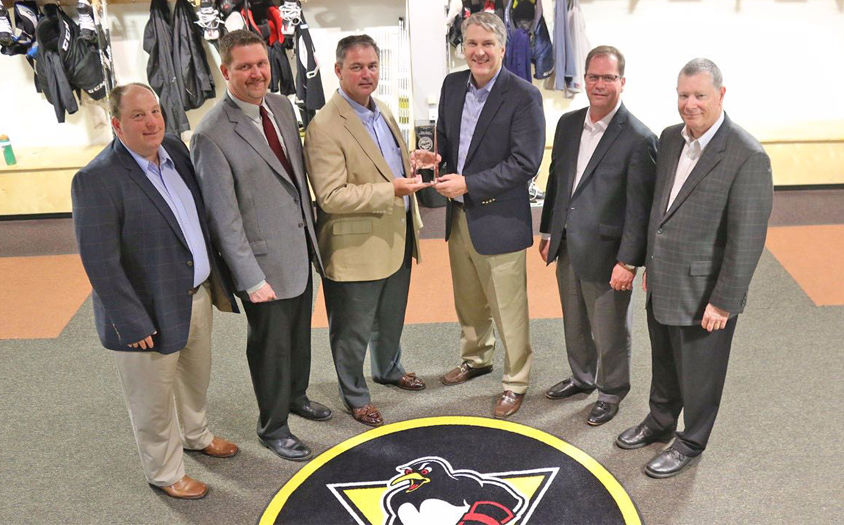 Wilkes University has honored the Wilkes-Barre/Scranton Penguins as its 2018 Business Partner of the Year. The award was established to recognize partner organizations that demonstrate outstanding quality, value and service to Wilkes University.

“I am so pleased to honor the Wilkes-Barre/Scranton Penguins as our 2018 Business Partner of the Year,” said University President Patrick F. Leahy. “Forming men’s and women’s ice hockey teams, and celebrating a successful inaugural season, would not be possible without their support, sharing ice time and resources with our players and staff. The affiliation with the Penguins has been incredibly attractive to our student-athletes. They have been a true partner in attracting students who wish to learn and compete at Wilkes University.”

Full season, partial season and flex book packages for the 2019-20 season of Wilkes-Barre/Scranton Penguins hockey are available now by contacting the Penguins front office at 570-208-7367.