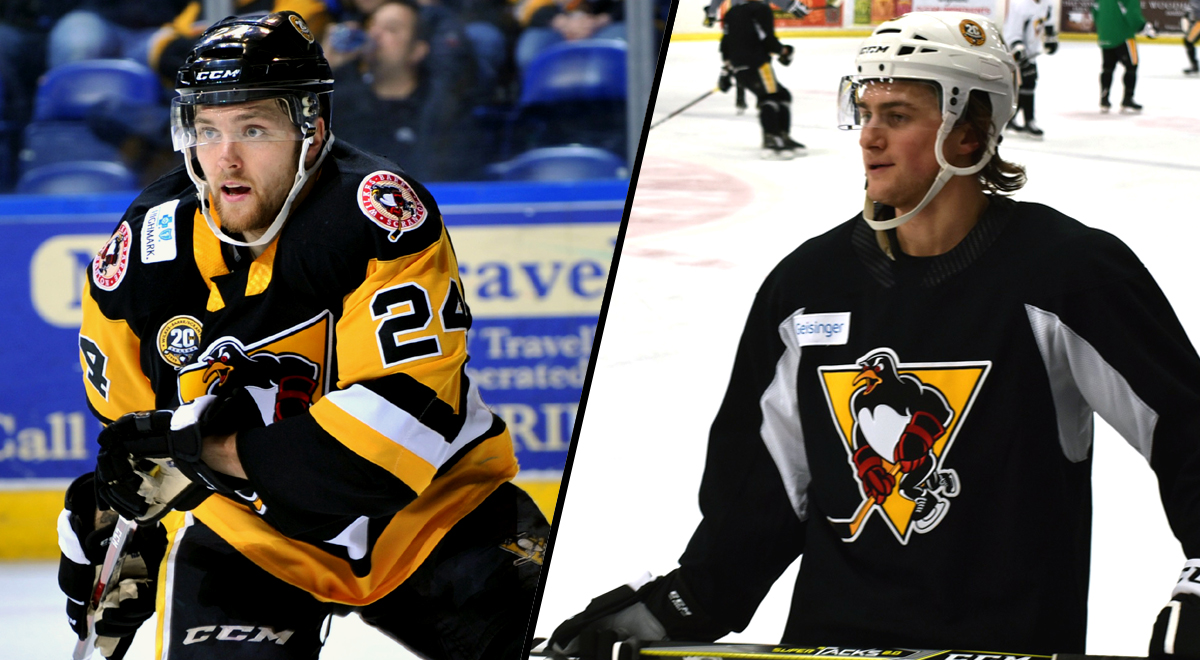 WILKES-BARRE, Pa. – The Wilkes-Barre/Scranton Penguins announced today that they have signed defensemen Macoy Erkamps and Blake Siebenaler to American Hockey League contracts for the 2019-20 season.

Both Erkamps and Siebenaler were acquired by the Penguins in trades that took place during last season, and will be embarking on their fourth years as professional hockey players.

Erkamps played in 24 games with Wilkes-Barre/Scranton after being picked up in a trade with the Ottawa Senators on Dec. 5, 2018. The 24-year old defenseman registered four assists in that time. Prior to turning pro, the Delta, British Columbia native captained the Brandon Wheat Kings to a Western Hockey League Championship in 2016. He racked up 58 assists during that season, leading all WHL defensemen, and his 71 total points placed second among league blueliners.

Siebenaler was acquired by the Penguins on Feb. 11, 2019 in a deal with the Columbus Blue Jackets. He played one game with Wilkes-Barre/Scranton, recording no points but a plus-two rating in that contest. He was then assigned to the Penguins’ ECHL affiliate, the Wheeling Nailers, where the pride of Fort Wayne, Indiana posted two assists in seven games. Siebenaler, 23, was originally drafted by Columbus in the third round (77th overall) of the 2014 NHL Entry Draft.