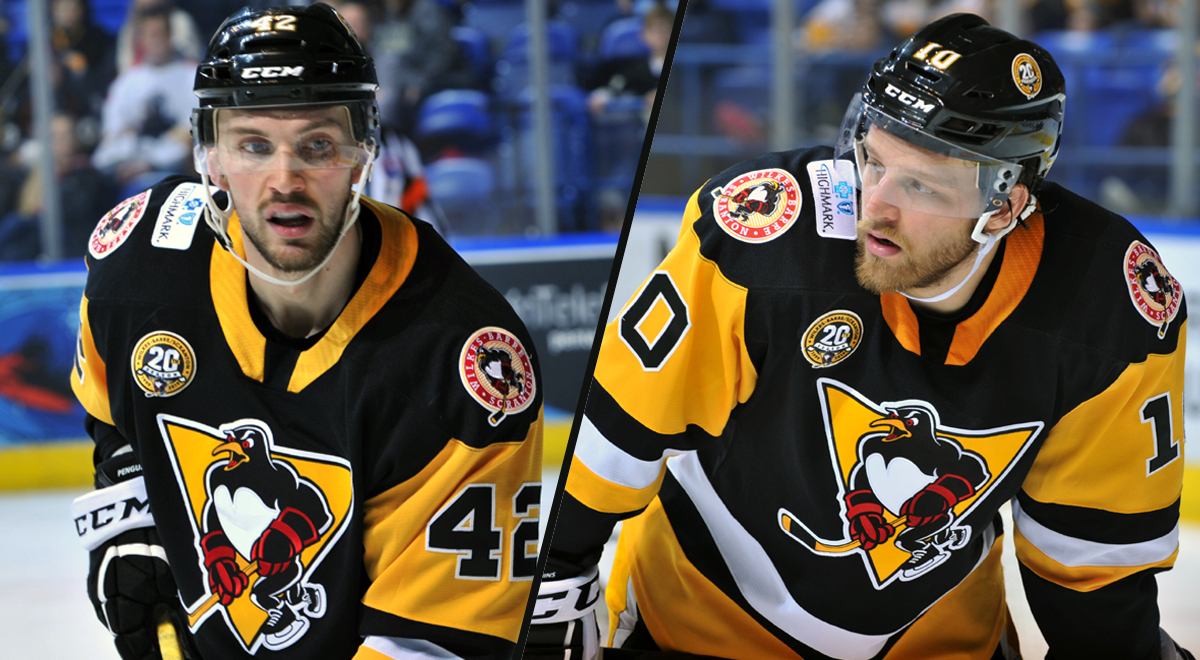 WILKES-BARRE, Pa. – The Wilkes-Barre/Scranton Penguins announced today that they have signed defensemen Matt Abt and Jon Lizotte to American Hockey League contracts for the 2019-20 season.

Abt, 25, is coming off of his rookie season with Wilkes-Barre/Scranton, during which he appeared in 63 games and registered 12 assists. The defender from Leduc, Alberta was a standout for the Penguins in last year’s preseason. He entered the team’s training camp on a tryout agreement, and then began the regular season with an AHL contract after finishing the three-game exhibition schedule with one goal and two assists for three points.

Prior to turning pro, Abt had a highly successful four-year career at the Rochester Institute of Technology. He was awarded the Atlantic Hockey Defensive Player of the Week three times during his senior season. Abt and the Tigers also won the Atlantic Hockey Association Championship in 2015 and 2016, with Abt being named to the All-Tournament Team in 2015.

Lizotte played out the end of the 2018-19 campaign on an amateur tryout agreement with Wilkes-Barre/ Scranton and made an impact almost immediately. The 24-year-old blueliner scored in his AHL debut on Apr. 7, 2019 at Lehigh Valley. Lizotte ultimately played three games for the Penguins, posting two points (1G-1A).

Before he joined Wilkes-Barre/Scranton, Lizotte completed a four-year career at St. Cloud State University. In 147 games with the Huskies, Lizotte earned 10 goals and 36 assists for 46 total points. He was a key cog in St. Cloud State’s NCHC Championship in 2016 and securing the NCHC’s regular season title in back-to-back seasons in 2017-18 and 2018-19. The native of Grand Forks, North Dakota was named to the All-NCHC Academic Team in all four of his years at St. Cloud State.