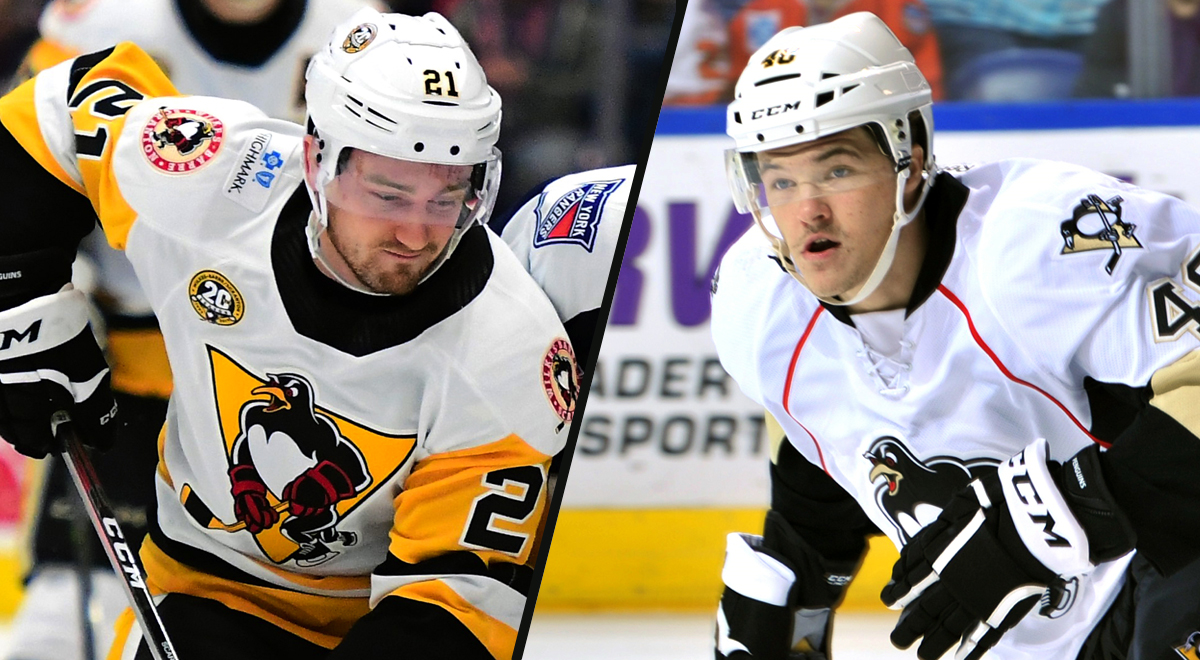 WILKES-BARRE, Pa. – The Wilkes-Barre/Scranton Penguins announced today that they have signed forwards Ryan Scarfo and Renārs Krastenbergs to American Hockey League contracts for the 2019-20 season.

Scarfo, 25, is coming off of his rookie season during which he was traded by the Belleville Senators to Wilkes-Barre/Scranton on Dec. 5, 2019. Scarfo played 25 games with the Penguins, posting a goal and six assists for seven points in that time. In 44 career AHL games, Scarfo has registered 11 points (3G-8A).

Krastenbergs also participated in his first season of pro hockey last year, and he ultimately finished third on the Penguins’ ECHL affiliate, the Wheeling Nailers, in points (44). His 19 goals also put him in a tie for third on the team. The 20-year-old from Jelgava, Latvia finished the 2018-19 campaign strong, posting 13 points (5G-8A) in his last 16 games of the season.

Krastenbergs has represented his native country of Latvia He also represented Latvia on the international stage multiple times, including at the 2017 IIHF World Junior Championship and 2018 IIHF Division I World Juniors. In the latter tournament, Krastenbergs topped the team with four goals.