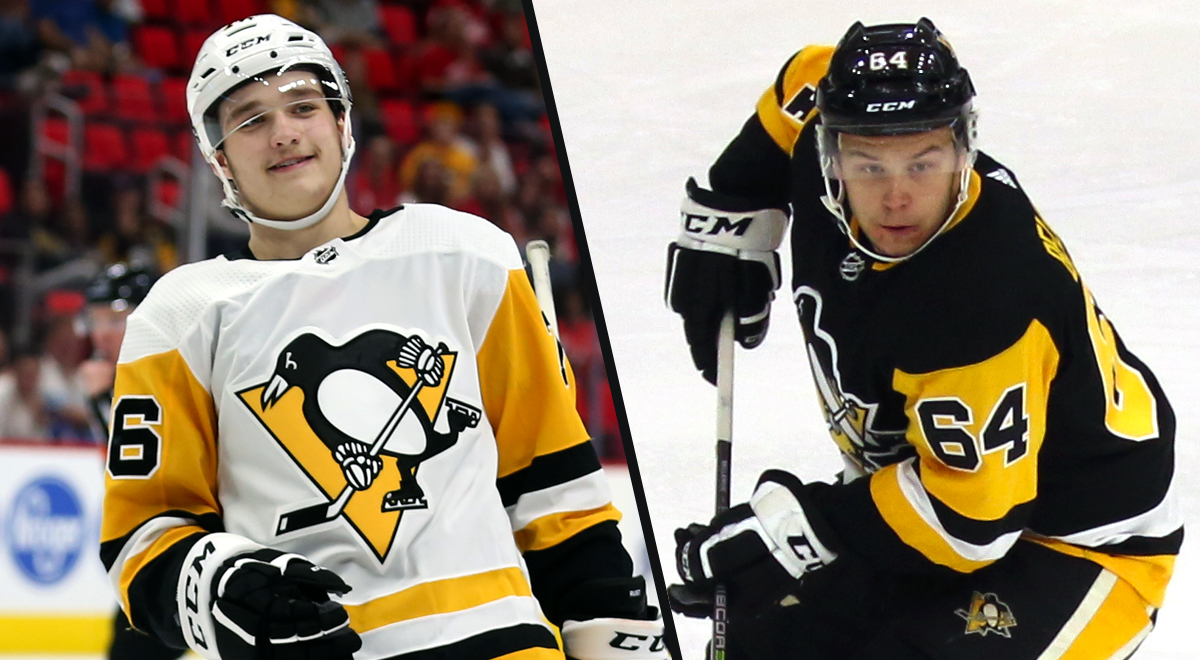 The Pittsburgh Penguins have invited 41 players to their annual prospect development camp, which will be held this Wednesday-Friday, June 26-28, at the UPMC Lemieux Sports Complex in Cranberry.

There will be some familiar faces for Wilkes-Barre/Scranton Penguins as well, with late season additions Jake Lucchini, Chase Berger, Jordy Bellerive, Jon Lizotte and Alex D’Orio, among others, expected to participate.

Pittsburgh’s top selection last weekend, Poulin, is coming off a career year as the captain of the Sherbrooke Phoenix of the Quebec Major Junior Hockey League. The 18-year old set career highs across the board with 29 goals, 47 assists and 76 points. He led his team in all categories during the 2018-19 season, while also leading the Phoenix in goals (8) and points (14) through 10 playoff games.

Addison, 19, recently signed a three-year, entry-level contract with the Penguins in April. The defenseman enjoyed another superb season with the Western Hockey League’s Lethbridge Hurricanes in 2018-19, ranking sixth among all WHL blueliners with 65 points (11G-54A) in 67 games. Following the conclusion of his playoff run with Lethbridge, where he tacked on nine points (2G-7A) in seven playoff games, Addison skated with the Wilkes-Barre/Scranton Penguins recording two assists in three games.

Larmi is coming off a championship season with HPK of Finland’s top professional league, Liiga. The goaltender appeared in all 18 playoff games for his team, going 12-6 with a 1.72 goals-against average, a .932 save percentage and two shutouts, both in the finals. The 22-year old signed a two-year, entry level contract with the Penguins earlier this month.

Camp will begin with a pair of practices on Wednesday, June 26. Team A takes the ice from 1:30-2:15 PM; Team B hits the ice after from 3:15-4:00 PM. Goaltenders will hit the ice 30 minutes prior to their respective team’s time slots for an individual session.

Thursday’s practices, led by Penguins’ skills development coach Ty Hennes, will be held at 10:00 AM (Team A) and 11:00 AM (Team B). Goaltenders will again take the ice 30 minutes before their respective groups.

As in past years, all players will be broken up into four teams to compete in a 3-on-3 tournament on Friday, June 28 at 7:00 PM. The tournament’s winning team will receive the Michel Briere Cup. The players will simulate a traditional game day with morning skates at 10:30 AM (Team B) and 11:30 AM (Team A).

Wilkes-Barre/Scranton broadcaster Nick Hart will provide updates from camp on wbspenguins.com each day, as well as live coverage via his Twitter handle, @_NickHart.

All practices, including the 3-on-3 tournament, are open to the public and free of charge.

As in previous years, the Penguins’ development camp will feature a variety of off-ice presentations and activities focused on helping players transition to becoming a professional athlete.

Below is the Pittsburgh Penguins’ 2019 Development Camp Practice Schedule at the UPMC Lemieux Sports Complex: