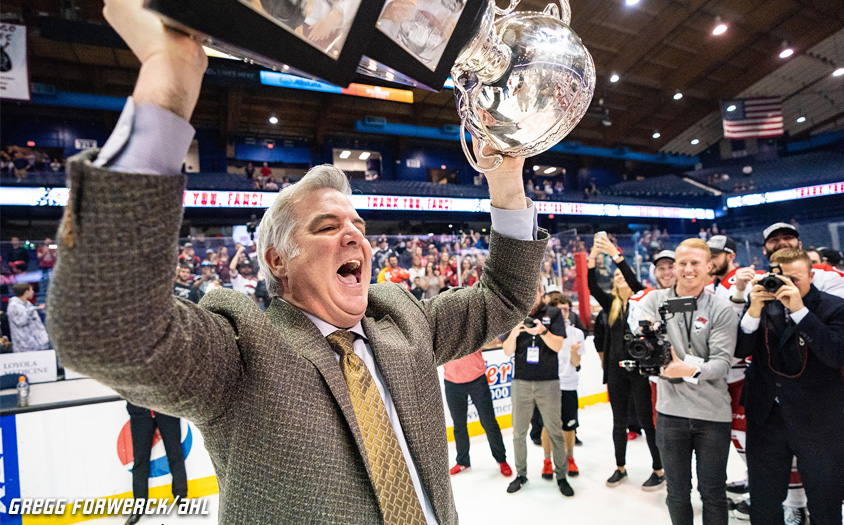 Clark Donatelli resigned from his duties as Penguins head coach on Thursday due to personal reasons. Assistant coaches Jarrod Skalde and J.D. Forrest will remain with the team in their current roles.

A native of Farmington, Michigan, Vellucci spent the previous five seasons (2014-19) as the Carolina Hurricanes assistant general manager and director of hockey operations. Since taking the helm in Charlotte at the start of the 2017-18 campaign, he has compiled a record of 97-43-8-4 in 152 games. He has been instrumental the development of prospects for the Carolina Hurricanes, as 11 different players were recalled from Charlotte in 2018-19 – a season in which the Hurricanes made the Stanley Cup Playoffs for the first time in 10 years.

Prior to his time in the Hurricanes organization, Vellucci spent 14 seasons with the Plymouth Whalers of the OHL as their general manager and head coach from 2001-14. He was named OHL Coach of the Year in both 2006-07 and ’12-13. He also led Plymouth to an OHL championship in 2007.

While in Plymouth, Vellucci coached a plethora of current NHL players including James Neal, Rickard Rakell, Tyler Seguin and Vincent Trocheck, all of which have been NHL All-Stars.

Vellucci got his start in coaching with the Compuware Ambassadors of the NAHL, where he served as the head coach from 1994-99.

Vellucci was originally drafted by the Hartford Whalers in the seventh round (131st overall) in the 1984 NHL Draft. He appeared in two games for Hartford during the 1987-88 campaign, and also played in 40 games with the Binghamton Whalers from 1987-89, recording 18 points (9G-9A).