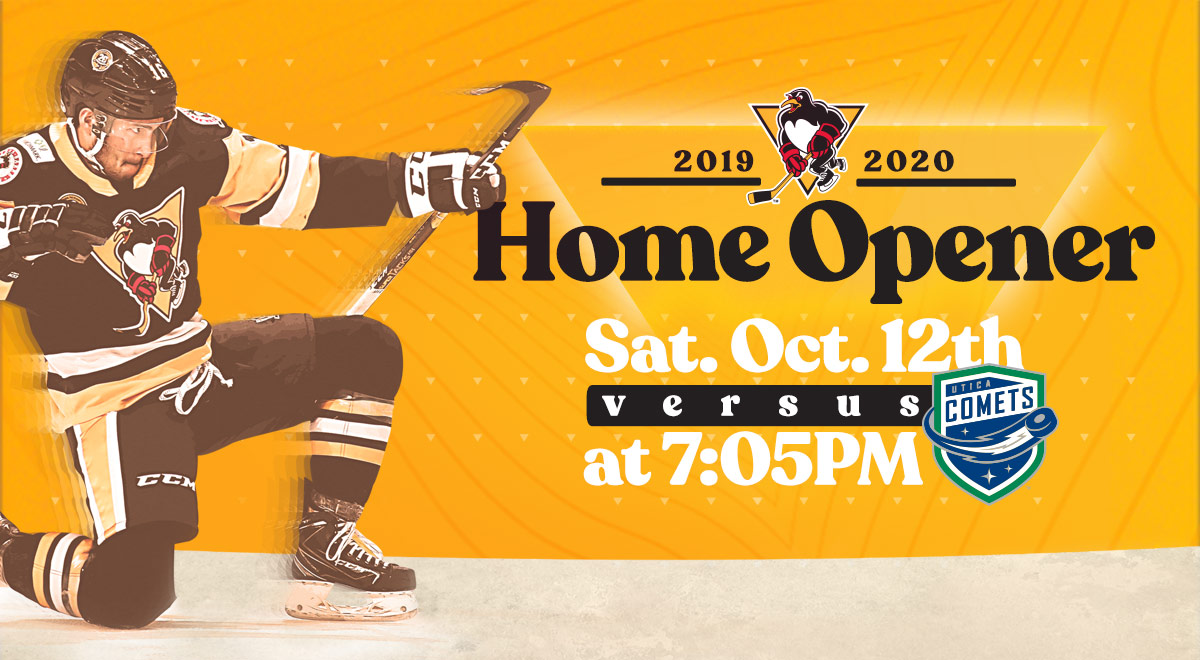 WILKES-BARRE, Pa. – The Wilkes-Barre/Scranton Penguins will host their 2019-20 home opener against the Utica Comets on Saturday, Oct. 12 at Mohegan Sun Arena at Casey Plaza.

The 2019-20 home opener will be the first chance for Penguins fans to see new, Calder Cup-winning head coach Mike Vellucci behind the bench at home ice. Vellucci was recently hired as the 11th head coach in Wilkes-Barre/Scranton history after leading the Charlotte Checkers to hoisting the 2019 Calder Cup. Vellucci’s squad accrued points in all four of its games against the Comets last season, going 3-0-1-0.

After emerging victorious in a shootout in their opener last season, the Penguins are 11-9-0 all-time in their first home game of a season. Furthermore, Wilkes-Barre/Scranton has won four of its last six home openers, with all but one of those matchups featuring seven or more total goals scored.

The rest of the Penguins’ 2019-20 schedule is expected to be released later this week.

SPOOKTACULAR SUNDAY FUN WITH THE PENS