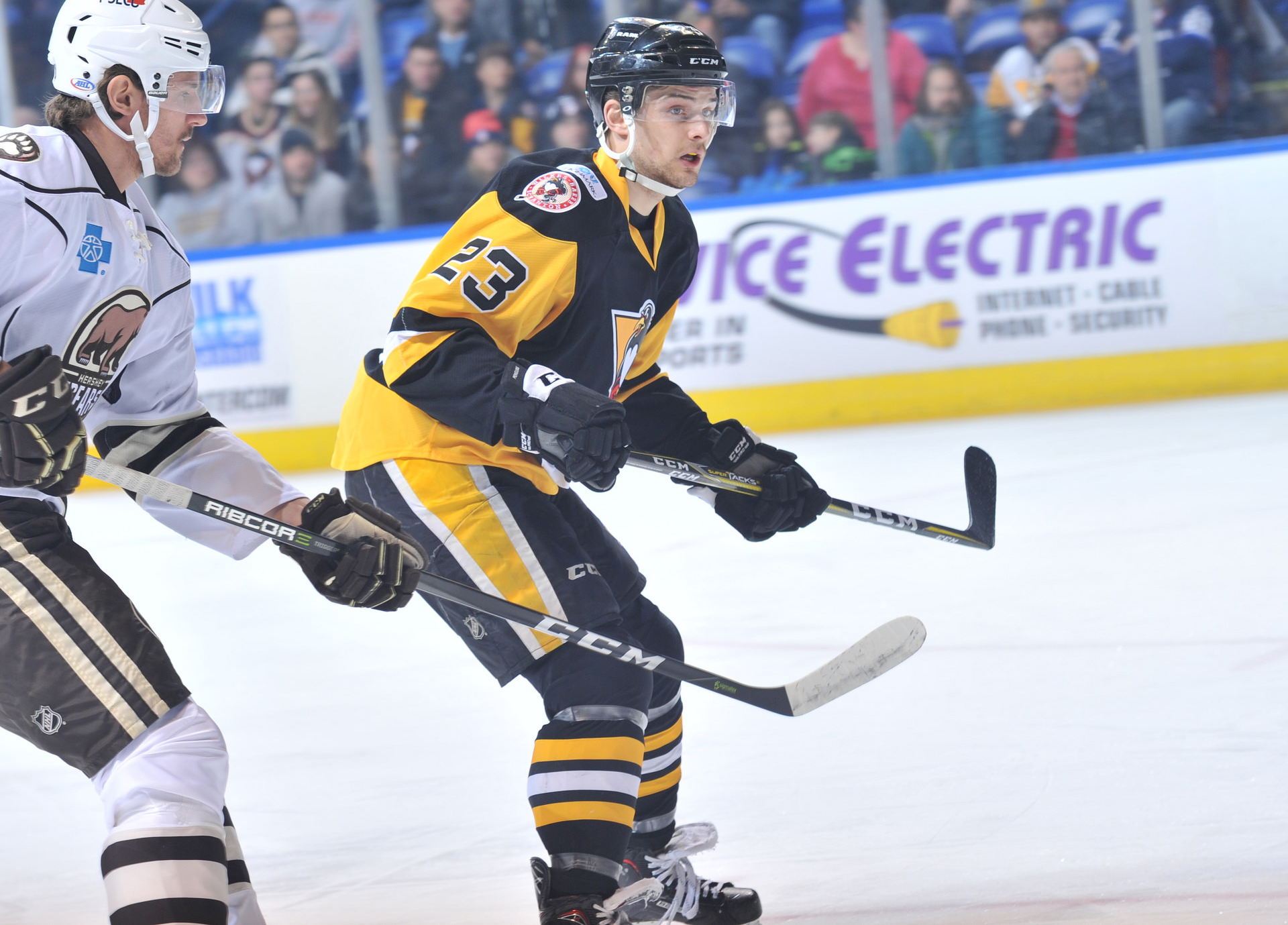 The Pittsburgh Penguins have re-signed forward Teddy Blueger to a two-year contract, it was announced today by executive vice president and general manager Jim Rutherford.

“Teddy is a perfect role model for younger players coming into the league,” said assistant general manager Bill Guerin. “When you watch a guy with his work ethic, determination and ability to trust the process of going through the proper steps to get to the NHL, you have a great example for younger players. Teddy came to us with great expectations, and he’s worked hard to meet each one. He has great hockey sense, he loves to compete and he’s a true professional.”

Blueger, 24, appeared in 28 games for Pittsburgh this season tallying 10 points (6G-4A), which included one game-winning goal. He made his NHL debut on January 30, 2019 and scored his first career goal on his first career shot the following game.

The 6-foot, 185-pound Blueger has been a standout for the American Hockey League’s Wilkes-Barre/Scranton Penguins for the better part of three seasons. In 2018-19, Blueger accumulated a team-best 39 points (21G-18A) in 45 games before being called up to the NHL. Despite spending the tail-end of the season in Pittsburgh, Blueger finished second on the team in both goals and plus-minus rating (+20) and ranked fifth in total points.

Pittsburgh selected Blueger in the second round (52nd overall) of the 2012 NHL Draft, and he went on to play four years of college hockey at Minnesota State from 2012-16. During his collegiate career, Blueger helped his team to win the Western Collegiate Hockey Association championship in back-to-back seasons. His 13 game-winning goals stand tied for fourth on the university’s all-time list, while his 108 career points (31G-77A) tie for ninth. During his senior season, Blueger finished second in the WCHA in scoring with 35 points (11G-24A) and was also ranked sixth in the nation with 497 face-off wins.

The Riga, Latvia native has also represented his country in eight major international tournaments, including three consecutive World Championships from 2017-19. In 2019, Blueger took the most faceoffs and had the highest faceoff percentage (62.7%) of all skaters in the tournament. Before competing in the World Under-18 Championships in 2011, Blueger played two years of prep hockey at Shattuck-St. Mary’s from 2009-11, winning back-to-back National Championships.

Blueger is currently spending his summer with teammates Jake Guentzel and Nick Bjugstad who are all playing in Da Beauty League, a summer hockey league based out of Minnesota for current NHL, AHL and D1 collegiate players with ties to the state.