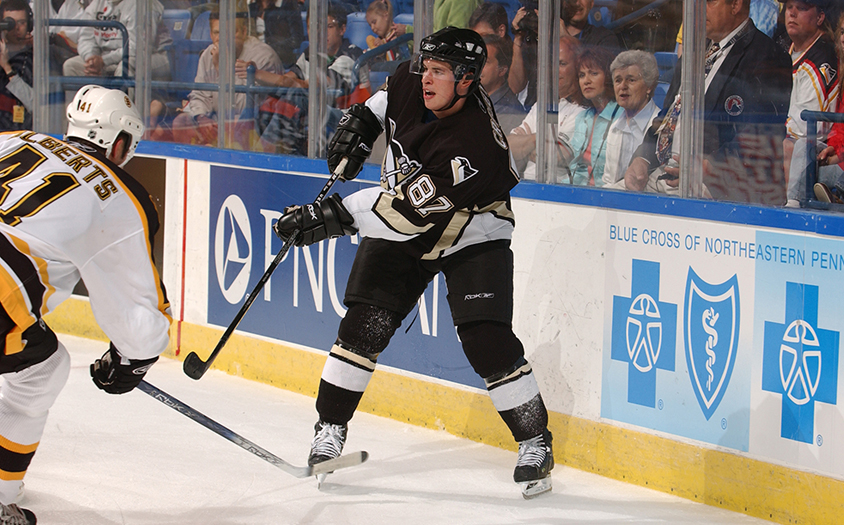 There are certain dates that are nearly impossible to forget.

Every sweetheart knows that February 14 is St. Valentine’s Day.

Halloween falls on October 31 each year.

Christmas falls down the chimney every December 25th.

And Penguins fans know right away the importance of August 7 – Sidney Crosby’s birthday!

That’s right, Sid the Kid entered the world on 8/7/87.  And for the past 14 seasons, Crosby has been thrilling NHL crowds in the Steel City and around the globe, winning trophies, medals and accolades along the way.

But did you know that, while Sid has never played in a minor league game, he has suited up in Northeast Pennsylvania on three occasions?

In fact, two of those contests came before Crosby made his NHL regular season debut.

Crosby pulled on a Pittsburgh game sweater for the first time for a preseason contest held in Wilkes-Barre on September 21, 2005, a 5-4 Pittsburgh loss to the Boston Bruins.  Crosby picked up an assist on a first period goal from current Pens assistant coach Mark Recchi, after carrying the puck in on a breakaway.

Three night’s later, Sid was more successful with his shot, picking up his first goal for the Pens in a 6-2 loss against the Ottawa Senators.  Crosby took a feed from defenseman Ryan Whitney, snapped a quick shot on Ray Emery, and then roofed his own rebound for the home team.

Crosby returned to the Mohegan Sun Arena at Casey Plaza on September 17, 2009 to take part in the Black and Gold Game, an intra-squad contest featuring members of the Stanley Cup Champions and the organization’s prospects.  Crosby was held scoreless in the game (Alex Goligoski was the star, picking up a hat trick in a 3-2 final), but seeing him sporting a Wilkes-Barre/Scranton sweater was pretty cool. 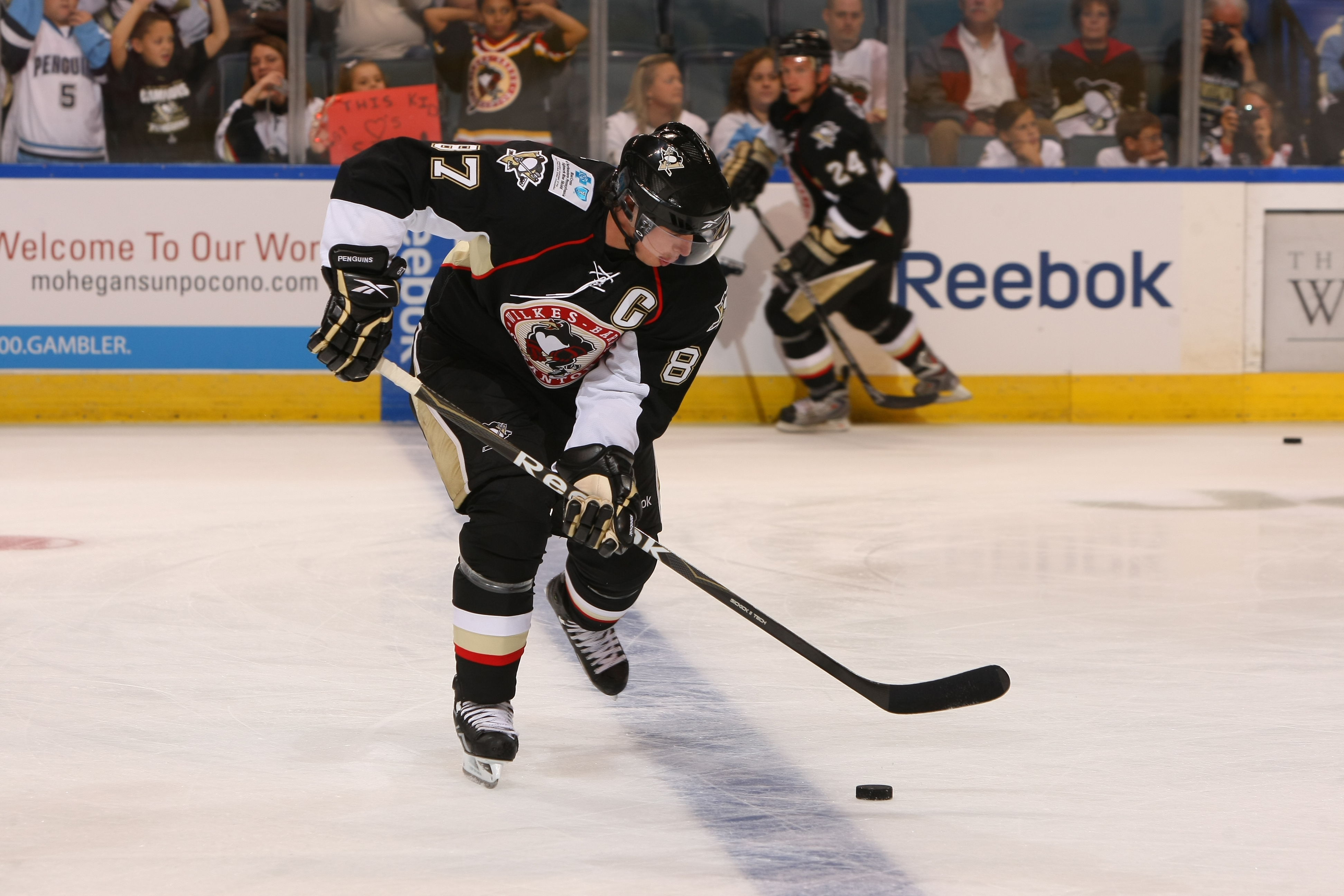