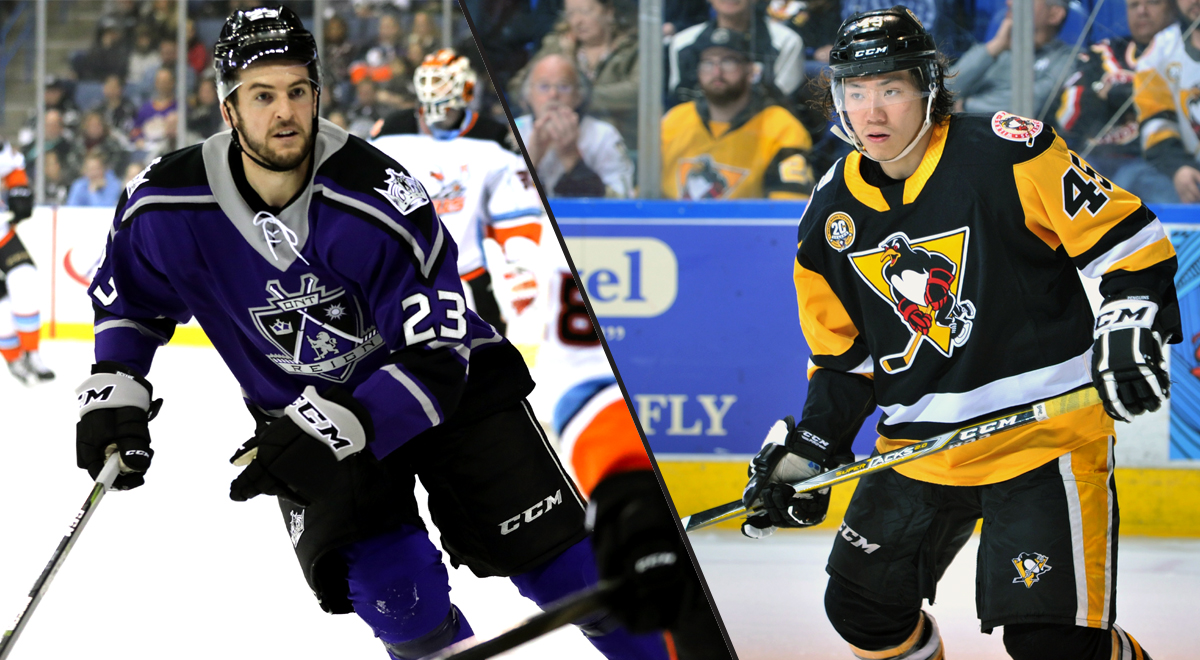 WILKES-BARRE, Pa. – The Wilkes-Barre/Scranton Penguins announced today that they have signed forwards Jamie Devane and Yushiroh Hirano to American Hockey League contracts for the 2019-20 season.

Devane joins the Penguins organization with seven seasons and 318 professional games under his belt. The 28-year-old from Mississauga, Ontario most recently played for the AHL’s Ontario Reign, where he registered 2 goals and an assist for three points in 27 games played. In 304 career AHL appearances, Devane has 47 points (20G-27A) and 587 penalty minutes.

A third-round draft pick (68th overall) by the Toronto Maple Leafs in 2009, Devane played four seasons of junior hockey with the Plymouth Whalers of the Ontario Hockey League. In Plymouth, Devane played all four years under the tutelage of current Penguins head coach Mike Vellucci, who served as the Whalers’ GM and head coach from 2001-02 to 2012-13.

Hirano, 23, is coming off of his first full professional season in North America spent primarily with the Penguins’ ECHL affiliate, the Wheeling Nailers. Hirano earned 57 points (19G-38A) with Wheeling, second-most on the team. He later played in one game with Wilkes-Barre/Scranton, becoming the second-ever Japanese player to suit up for an AHL game on Apr. 14, 2019 vs. Binghamton. Hirano recorded an assist in his Penguins debut, also making him the first Japanese skater to record a point in the AHL.

Prior to coming to North America, Hirano was a star in his native Japan for the Tohoku Free Blades of Asia League Ice Hockey. In two seasons with the Free Blades, Hirano amassed 48 points (23G-25A) in 40 games played. He also played professionally in Sweden, logging time with Kalmar HC in 2017-18 and Tingsryds AIF in 2014-15.