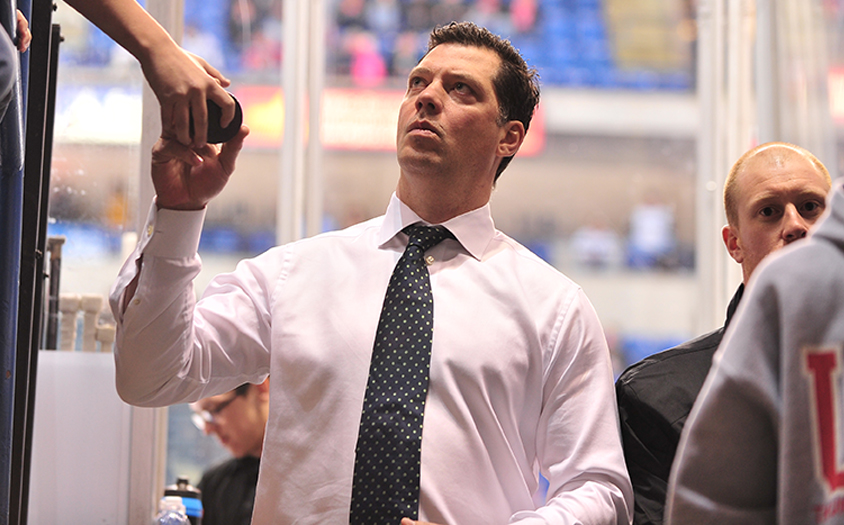 We’re sending a big CONGRATULATIONS out to Bill Guerin, who was named the general manager of the Minnesota Wild earlier today.

Billy served as Pittsburgh Penguins assistant general manager for the past five seasons, and spent a large portion of his time in that capacity overseeing hockey operations and player recruitment here in northeast Pennsylvania as Wilkes-Barre/Scranton’s GM.

A nearly constant presence at the Mohegan Sun Arena, Guerin infectious personality made him popular with staff, players and fans alike.

With his hiring by the Wild, Guerin becomes the third Wilkes-Barre/Scranton general manager to make the move to the front office in the National Hockey League.

Jason Botterill spent eight seasons (2009-2017) at the helm in NEPA before being named the GM of the Buffalo Sabres two years ago.

Prior to Botterill’s tenure with Wilkes-Barre/Scranton, Chuck Fletcher steered the AHL team’s fortunes for three years (2006-2009).  He also left the organization to join the Wild, with whom he served as general manager for nine seasons (2009-18), and last season took over as GM with the Philadelphia Flyers.

Several other members of the Wilkes-Barre/Scranton hockey operations staff have made the leap to the major league recently, including: