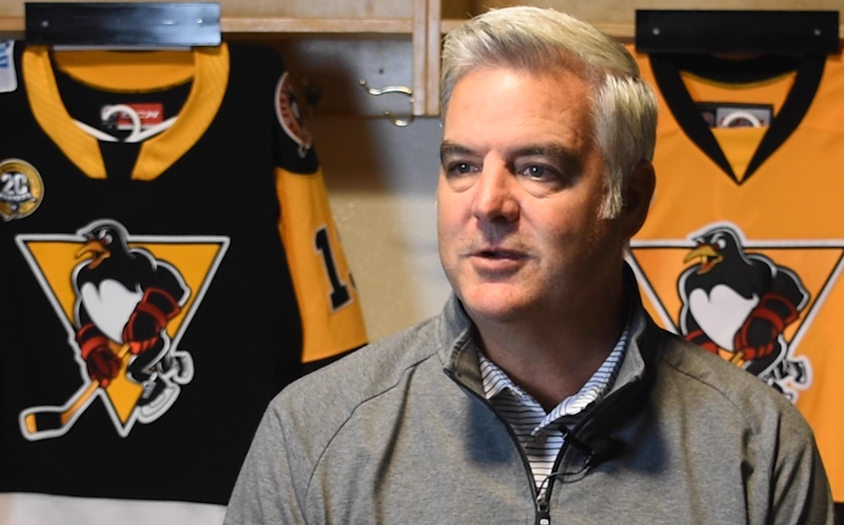 Vellucci, 52, will serve as both Wilkes-Barre/Scranton’s head coach and general manager.

“Mike has experience and success in being a general manager and coach,” said Rutherford. “We are fortunate to have someone that can handle both duties.”

The Farmington, Michigan native spent the previous five seasons as the assistant general manager and director of hockey operations for the Carolina Hurricanes where he oversaw player development and scouting. During the past two seasons, Vellucci also served as the Charlotte Checkers’ head coach where he compiled a record of 97-43-8-4 in 152 games.

Vellucci was instrumental to the success of the Carolina organization in 2018-19. He is coming off a Calder Cup Championship in Charlotte after compiling the league’s best regular-season record (51-17-7-1) and winning the Louis A.R. Pieri Memorial Award for AHL Coach of the Year. Charlotte saw 11 different players recalled to Carolina last season en route to the Hurricanes’ first playoff appearance in 10 seasons.

Nikkel joins current Pittsburgh video coach Andy Saucier as the team’s new assistant video coach. He will assist with breakdown and analysis of games and compiling video for pre-scouts.

“With technology constantly evolving and changing the way we prepare for and analyze games, we want to remain cutting-edge and in the forefront among NHL teams,” said Saucier. “With that being said, we are extremely excited to add Madison to our video coaching staff.”

Nikkel, 25, has spent the previous three seasons as Wilkes-Barre/Scranton’s video coach. Prior to WBS, he spent four seasons working for Boston College’s men’s ice hockey program where he completed pre-scout and in-game video analysis for the team.

A native of Elizabeth, Colorado, Nikkel graduated with a degree in economics and mathematics from Boston College in 2016.