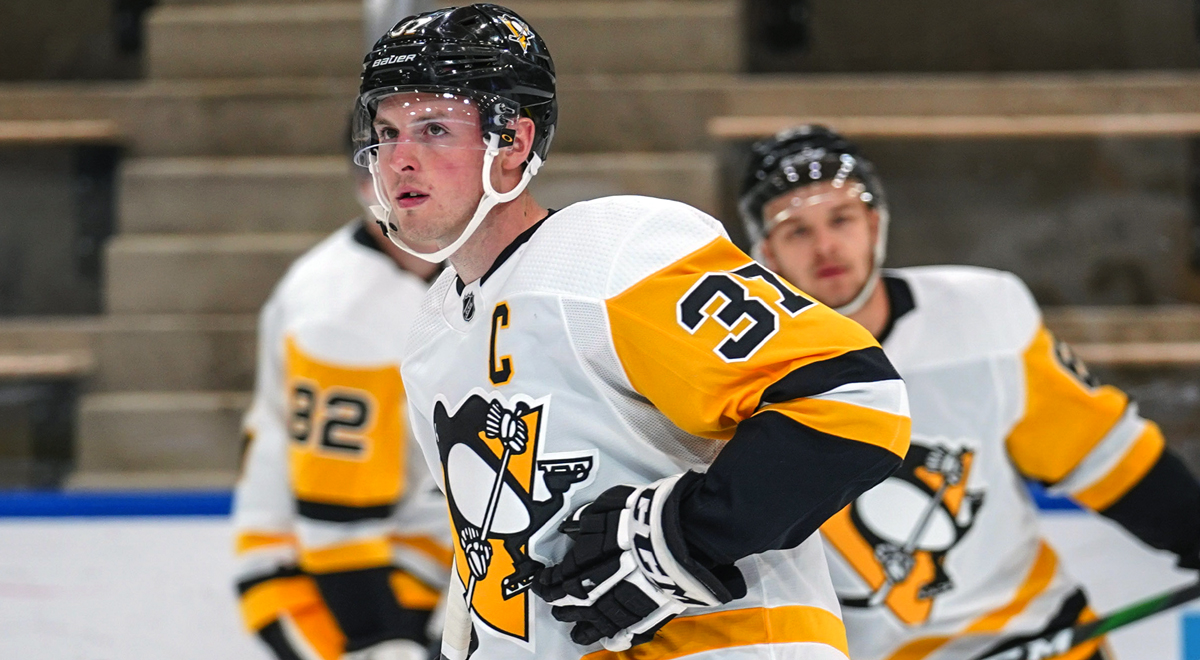 BUFFALO, N.Y. – When Sam Lafferty woke up on the morning of the 2019 Prospects Challenge, he probably figured that he would have to be a leader on the scoresheet for the Pittsburgh Penguins prospects. He already had a year of pro hockey under his belt, a season in which he led his squad in assists. However, he quickly learned from the coaching staff that he would be responsible as a leader in the locker room and on the bench, as well.

On Friday morning, the Penguins coaches informed the team that Lafferty would serve as the team’s captain that afternoon. And from the moment he stepped on the ice with the “C” on his chest, the letter didn’t look out of place.

“It’s honestly a huge honor to be wearing a Penguins sweater, and then to get a letter on it, it’s an honor”, Lafferty said. “I’m looking forward to it, and I hope I can do a good job in this role.”

In addition to notching an assist in the Penguins’ 4-3 loss to the Boston Bruins, the newly named captain was buzzing all over the ice in all situations. Whether it was even strength, power play or on the penalty kill, Lafferty was bolting to win loose pucks and kept the Bruins defense on its heels whenever he entered the zone.

When asked if the jump in his step was the result of an emphasis in offseason training or simply the excitement of playing in a game situation again, he answered “probably a little bit of both”.

“You can never be too fast, so it’s something I’m always working on,” Lafferty said. “But I’m definitely just excited to be back. Back playing games, back on the ice, and I’m excited for a chance to redeem ourselves tomorrow night.”

The Penguins prospects opened the scoring on a slick shot by Sam Miletic that beat Bruins goalie Kyle Keyser at 6:36 of the first period. Five minutes later, the Pens increased their lead to 2-0 with a power play goal by Sam Poulin, set up by Lafferty.

Boston went on a scoring run in the second period, tallying three times in a row to assume a 3-2 advantage. However, the Bruins’ lead only lasted for seven seconds, as Nathan Légaré evened things up with 1:27 left before the second intermission.

The third period featured strategic, stingy play from both teams and neither side balked until the waning moments of the frame. With the Penguins stuck on the penalty kill, a failed clearing attempt bounced right to Bruins forward Anders Bjork in the slot. Bjork collected the puck and picked the corner for the game-winning goal with only 1.9 seconds left in the contest.

Miletic and Addison led the Penguins with two points each, while Emil Larmi recorded 30 saves in the loss.

The Penguins will be back at it again in Buffalo, New York for their second game of the 2019 Prospects Challenge against the New Jersey Devils on Saturday, Sept. 7. Puck drop between the Penguins and Devils prospects is scheduled for 3:30 p.m.

• The Penguins loaded up their first line with size and speed, slotting Lafferty between Poulin and Anthony Angello. It’s only one game, but Poulin lived up to his billing as a first-round prospect, and the line as a whole was physically dominant at times.

• The Penguins trotted out a defense pairing of offseason acquisitions John Marino and Pierre-Olivier Joseph, and both players drew the praise of Mike Vellucci after the game. Marino showcased his defensive chops and some dart-like, short-distance skating ability. Joseph is effortlessly smooth on his skates and a great puckhandler.

• Speaking of defensemen and skating, the Pens’ blueliners were very aggressive and unafraid to join the rush in the first half of the game, with Marino, Joseph, Addison and Niclas Almari all generating scoring chances for themselves of a teammate by lugging the puck from the neutral zone and into the attacking end.

• The shot on Légaré’s goal really was a beauty. Not a bar-down snipe, but rather a laser beam on the rush that ripped past the goalie and inside the far post.

Wilkes-Barre/Scranton Penguins broadcaster Nick Hart will be on the scene for updates throughout the tournament, and the Penguins social media crew will provide highlights, interviews and behind the scenes access to events as well.