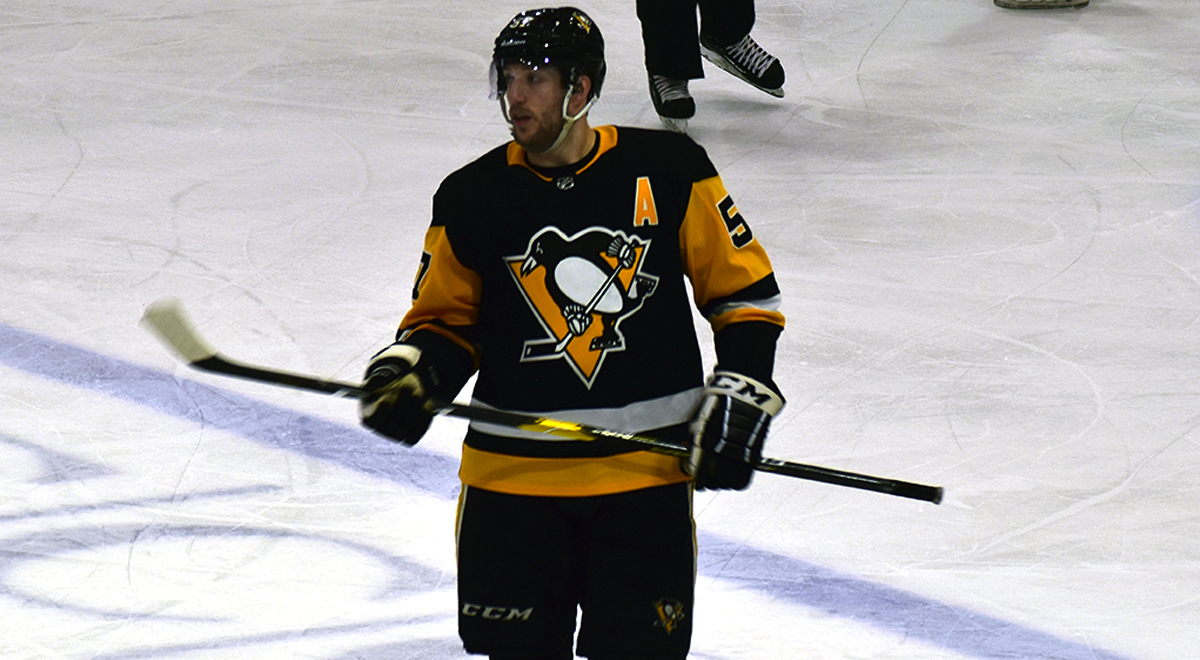 BUFFALO, N.Y. – The Pittsburgh Penguins prospects were being out-shot, out-scored and, frankly, out-worked in the first five minutes of their second game at the 2019 Prospects Challenge in Buffalo, New York on Saturday. The New Jersey Devils were in complete control of the contest, until Anthony Angello decided to take things into his own hands.

Picking up the puck at the blue line of the Devils’ zone, Angello buried his head, sped past a defender and bullied his way to the New Jersey net-front for the Penguins’ first shot on goal of the contest. The puck didn’t go in, but Angello’s tenacious individual effort signaled a momentum shift.

“Coach Vellucci was talking to us on the bench that someone needed to get us going,” Angello said. “I got a chance to drive wide, and then I saw a lane to the net. I took the puck there, and I tried to create some chaos in front and imposed my will there.”

Following Angello’s lead, the Penguins proceeded to pepper the New Jersey goalie with scoring chances. Eventually, they tied the game, and Angello’s prowess kicked in yet again on a second-period power play goal that gave Pittsburgh a 2-1 win.

“I went out, played hard, imposed my will, and things turned out alright for us,” he said. “I know that [playing physical] is one of my strengths… That’s something I need to do on a consistent basis; playing hard, playing physical and getting the job done.”

In the Devils’ early swarm, they tallied on the power play at 3:48 and raced out to a 5-0 advantage on the shot clock. As Pittsburgh’s prospects settled in, the shot deficit was erased by the time Drozg even the score, 1-1.

Angello’s man advantage marker came at 4:12 of the second stanza, when he received a pass from Sam Lafferty below the goal line, cut to the crease and tucked it around Devils goalie Akira Schmid for the game-winner.

In the third period, the Penguins received great goaltending from Alex D’Orio, aiding them in survival of three Devils power plays, including a lengthy five-on-three man advantage. Pittsburgh’s penalty kill went six-for-seven on the day, and D’Orio finished the contest having made 35 saves.

The Penguins have a practice scheduled for Sunday and then will take the ice for their final game of the Prospects Challenge on Monday against the Buffalo Sabres. Puck drop between the Penguins and Sabres is scheduled for 12:30 p.m.

• One mustn’t overlook how well D’Orio played in this win for the Penguins, especially in the third period. Pucks were bouncing all over the place – off of teammates, off the back boards, you name it – and he was scrambling to successfully smother all of them.

• Drozg received a line promotion from the fourth line to the third line mid-game on Friday, and the Penguins coaches thought it wise to keep him on that unit for Saturday’s contest against New Jersey. Their faith paid off, clearly, with Drozg netting that tying goal after a clean face-off win by centerman Chase Berger.

• Defenseman John Marino’s escapability is rather eye-catching. The way he eludes the forecheck and skits himself right into position to deliver an exit pass is a skill that will serve him well in his adjustment to the pro game this season.

• This game was a feisty one and included our first fight of the Prospects Challenge when Brandon Hawkins dropped the gloves against Nicholas Cande. Jordy Bellerive also made it a point to pester Michael McLeod throughout most of the game. Even though Bellerive was spoiling for a fight against the bigger McLeod, the Devils prospect did not oblige.