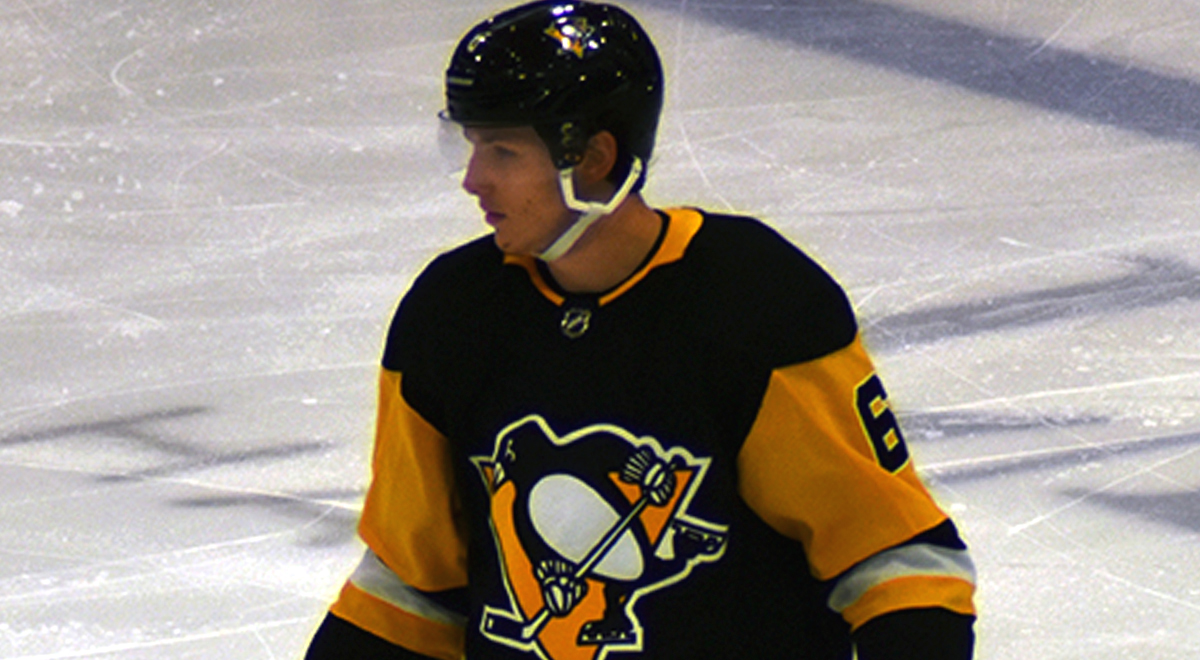 WILKES-BARRE, Pa. – Time was ticking down in the Pittsburgh Penguins’ final game of the 2019 Prospects Challenge when John Marino stepped onto the ice. At the same time, the Buffalo Sabres sent out six of their best skaters. The Pens were tensely protecting a one-goal lead against a Sabres squad that had flexed its offensive muscle all weekend long, but Marino appeared unfazed.

With the game (and the tournament title) on the line against perhaps the most skilled six-man group in the Prospects Challenge, Marino played with a visible urgency, but also a clear comfort. This scenario fit right in his wheelhouse. Marino broke up passes, quickly changed directions to keep up with puck carriers, and forced Buffalo’s skilled forwards to the perimeter, far away from threatening goalie Emil Larmi for a tying goal.

Ultimately, the Penguins won the game in part due to Marino’s clutch performance, but his ability was on display for much more than the final minutes of that tournament-deciding contest. It was consistent throughout the entire event.

“[Marino] showed a lot of poise,” said Wilkes-Barre/Scranton head coach Mike Vellucci. “He’s got a great stick, long. He brings a little bit at both ends. I was really impressed with his game.”

The Penguins organization has clearly been impressed with Marino’s play for quite some time, too. That’s why they went out and acquired him from the Edmonton Oilers this past summer. After three seasons of perhaps even flying under the radar at Harvard University, Marino looks like he’s ready for the next level.

The 22-year-old came to the Penguins billed as a defensive defenseman, and he’s certainly adept at playing that role. However, he showed over the weekend in Buffalo that he has a few more tricks up his sleeve, such as jumping into the rush, shiftily eluding the forecheck and delivering shrewd, accurate exit passes. While a jump to the pro game will certainly require an adjustment, Marino feels that all of these elements to his game will only become more pronounced with the heightened level of play.

“[My teammates] will make the job a lot easier for me,” Marino said. “They move the puck so fast. The pace keeps getting quicker and quicker, and I think that actually helps with my game, transitioning up and down the ice like that. It plays to my advantage.”

Marino’s most prolific offensive season at Harvard only included him clocking 16 points (2G-14A), but he also said that he felt his offensive instincts improved greatly from the day he walked in the door as a freshman to the day he signed on the dotted line with the Penguins.

After signing his entry-level contract with Pittsburgh, Marino was immediately pegged by pundits to round out the Wilkes-Bare/Scranton blueline. Based on the way he played in Buffalo, the rookie might be a lot more than just a bit part in the Penguins defense. But regardless of how seamless his transition to the pro game appears to be going at the outset of his journey, right now, he’s just champing at the bit to it get started.

“I’m very excited,” he said. “It’s been kind of a hectic summer, but I’m starting to settle in and get things going.”