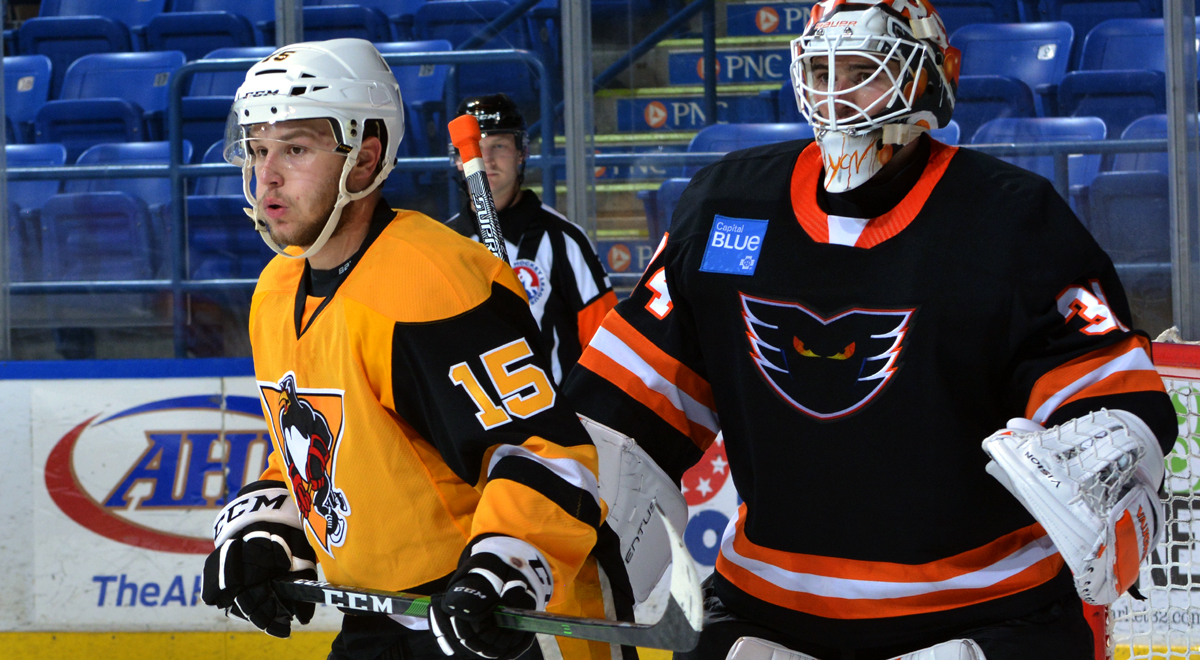 WILKES-BARRE, Pa. – The Wilkes-Barre/Scranton Penguins fell in their preseason opener to the Lehigh Valley Phantoms, 4-1, on Wednesday night at Mohegan Sun Arena at Casey Plaza.

In a game that was filled with power-play opportunities for both sides, the Phantoms were able to nudge ahead using a series of man-advantage markers scored in the second period. Jordy Bellerive tallied the Penguins’ lone goal in the exhibition contest.

Lehigh Valley got on the board first with a goal by Steven Swavely at 14:24 of the opening frame.

The Penguins put forth a strong penalty killing performance in the first period, but the Phantoms were finally able to break through in the second. Pascal Laberge scored on a five-on-three man advantage 57 seconds into the second period, giving the visitors a two-goal lead. Lehigh Valley then pulled ahead, 3-0, with another power-play goal at the mid-point of the game. Matthew Strome collected a rebound atop of the Penguins crease and put it across the goal-line.

Wilkes-Barre/Scranton answered its opponent’s power-play prowess by scoring a man-advantage marker late in the second period. During a five-on-three, Brandon Hawkins and Jake Lucchini combined to set-up Bellerive for the Penguins’ opening goal with 2:01 left before the second intermission.

Despite the Penguins pushing for an equalizer, a largely uneventful third period came to a close shortly after Greg Carey potted an empty-netter for the Phantoms.

Alex D’Orio was credited for 17 saves in net for the Penguins, while Alex Lyon posted 16 stops in the win.

Individual tickets to Wilkes-Barre/Scranton’s two preseason games are on sale now and can be purchased at the Mohegan Sun Arena at Casey Plaza box office, Ticketmaster.com, or by contacting the Penguins offices at (570) 208-7367. Season ticket packages for the Penguins’ upcoming 2019-20 regular season, including Full Season, 22-game, 12-game, Flexbook and Premium Seating plans, are available by reaching out to the Penguins directly at (570) 208-7367.