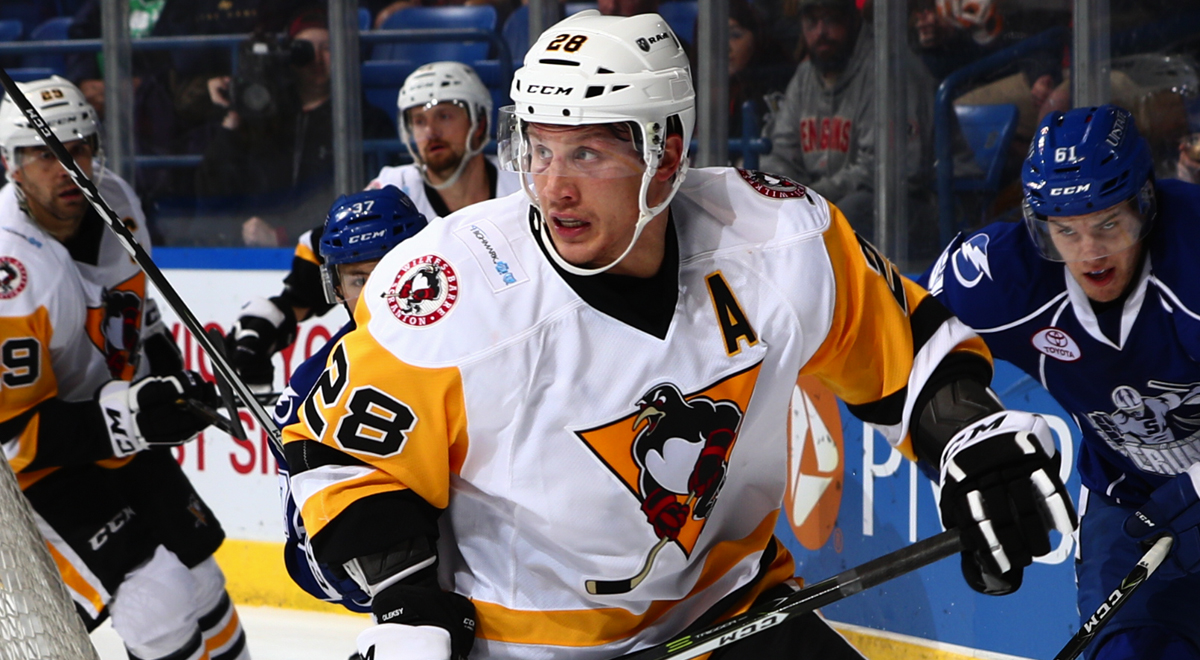 WILKES-BARRE, Pa. – The Wilkes-Barre/Scranton Penguins announced today that they have signed defenseman Steve Oleksy to a professional tryout agreement. Oleksy will join the team immediately for the remainder of its exhibition schedule.

Oleksy, 33, has a decade of pro hockey experience under his belt, including two seasons with the Penguins organization. Oleksy played for Wilkes-Barre/Scranton during the 2015-16 and 2016-17 seasons, and he logged 11 games for the Pittsburgh Penguins during the 2016-17 campaign, as well. A leader in the locker room and respected by his teammates, Oleksy wore an “A” as an alternate captain of Wilkes-Barre/Scranton through both of his seasons with the club.

The Penguins’ next preseason game is tonight, Friday, Sept. 27, on home ice against the Hershey Bears. Puck drop between the Penguins and Bears is scheduled for 7:05 p.m. at Mohegan Sun Arena at Casey Plaza.

Individual tickets to Wilkes-Barre/Scranton games are on sale now and can be purchased at the Mohegan Sun Arena at Casey Plaza box office, Ticketmaster.com, or by contacting the Penguins offices at (570) 208-7367. Season ticket packages for the Penguins’ upcoming 2019-20 regular season, including Full Season, 22-game, 12-game, Flexbook and Premium Seating plans, are available by reaching out to the Penguins directly at (570) 208-7367.