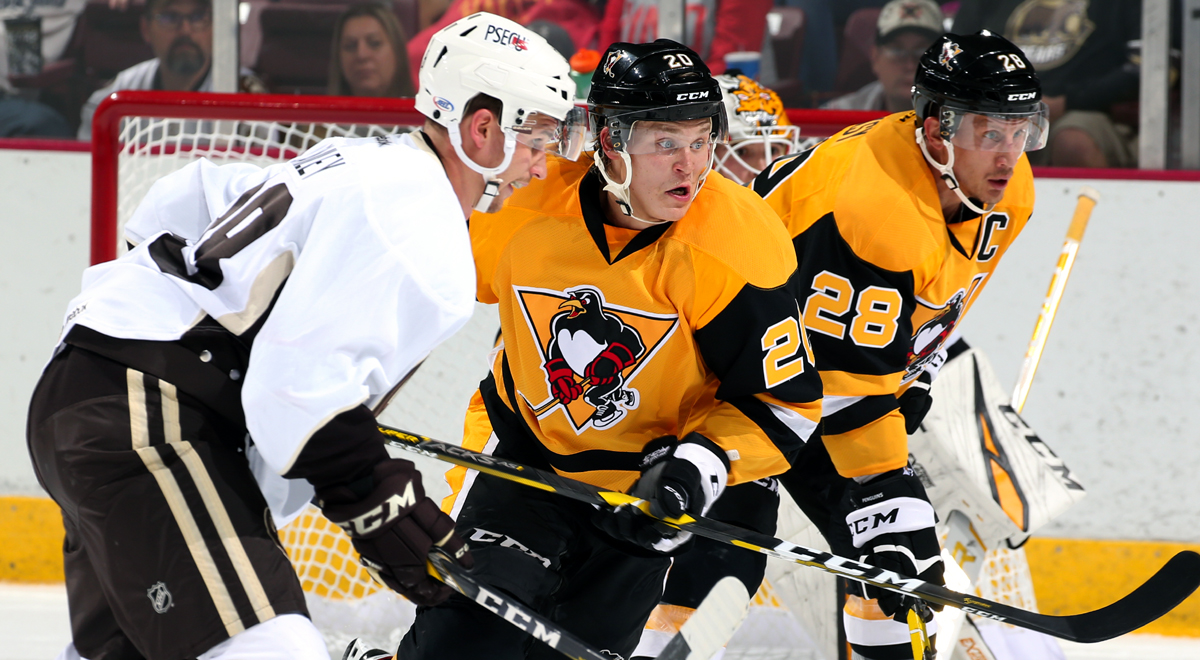 HERSHEY, Pa. – The Wilkes-Barre/Scranton Penguins lost in overtime to the Hershey Bears, 2-1, in the team’s third preseason game on Saturday at Giant Center.

For the second night in a row, the Penguins carried a 1-0 lead over the Bears going into the third period. However, Hershey finally found an answer to Wilkes-Barre/Scranton’s penalty kill and used its special teams to win the game.

After the first frame concluded without any goals for either side, it looked like the second period was going to befall the same fate. That was, until the Penguins received a late goal to assume their 1-0 advantage. Kasper Björkqvist snuck a shot past Parker Milner on the goalie’s short side with only 10 seconds left before the intermission. The rookie’s first goal of the preseason came with assists from Chase Berger and Macoy Erkamps.

The Bears were denied six times on the power play against the Penguins on Friday and were unsuccessful on their first two opportunities of Saturday, as well. On Hershey’s third man advantage of the night, Matt Moulson provided a solution to Wilkes-Barre/Scranton’s penalty killing skill, tipping a shot by Joe Snively through the five-hole of Alex D’Orio at 7:56 of the third period.

The Penguins managed to stave off two more Bears power plays to get the game to overtime, where Axel Jonsson-Fjällby scored the sudden death goal during the three-on-three period.

D’Orio recorded 29 saves while manning the crease for the Penguins, while Milner posted 28 stops for the Bears.

Wilkes-Barre/Scranton’s final preseason game is tomorrow afternoon, Sunday, Sept. 29, when they travel down the PA Turnpike take on the Lehigh Valley Phantoms. The Penguins’ next home game is their 2019-20 home opener, Saturday, Oct. 12 against the Utica Comets. Puck drop between the Penguins and Comets is scheduled for 7:05 p.m. at Mohegan Sun Arena at Casey Plaza.