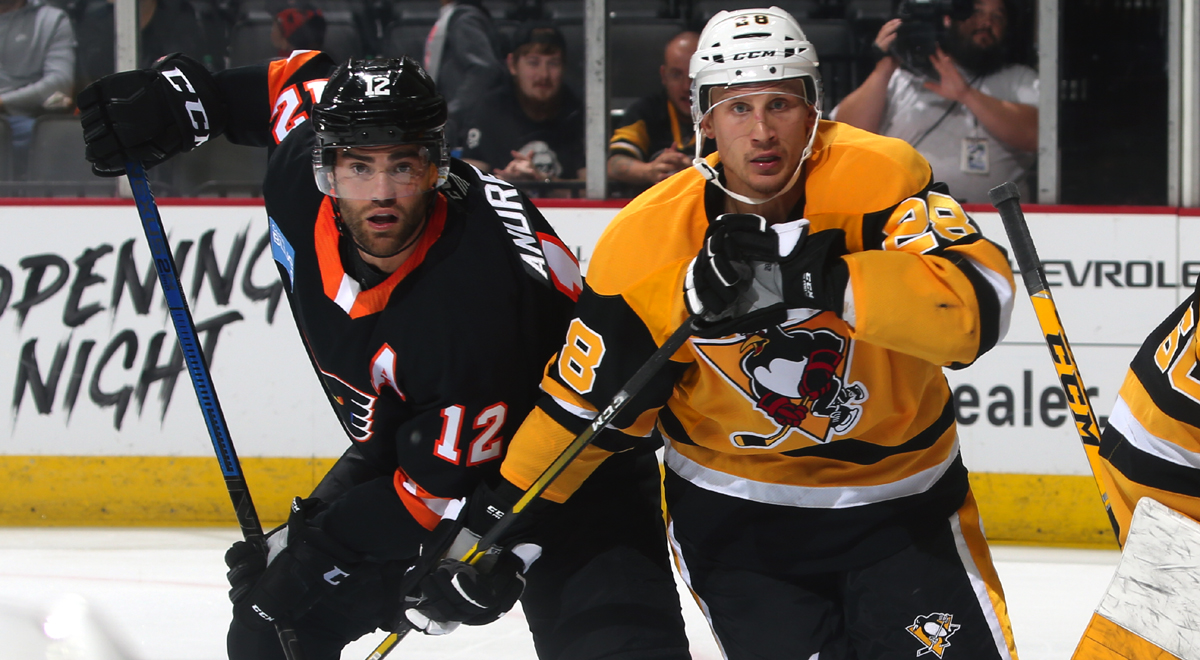 ALLENTOWN, Pa. – The Wilkes-Barre/Scranton Penguins ended their preseason with a 3-1 loss to the Lehigh Valley Phantoms on Sunday afternoon at PPL Center.

Wilkes-Barre/Scranton pushed the pace from the beginning and had a series of threatening shifts in the third period, but had a tough time solving Lehigh Valley goalie Jean-François Bérubé. Ryan Haggerty notched the Penguins’ only goal in their exhibition finale.

Lehigh Valley struck first by tallying a power-play goal late in the opening frame. Greg Carey’s slap shot from the right-side half-wall was deflected in by Andy Andreoff with 34.4 seconds left in the period.

The Penguins managed to out-shoot the Phantoms, 9-3, in the first period, but entered the first intermission trailing by one goal.

Neither team mustered any offense in the second period, and it took until the first shift of the third and final frame of regulation for the lamp to light again. Nic Aubé-Kubel buried a one-timer for the Phantoms 56 seconds into the third period, giving Lehigh Valley a 2-0 lead.

Wilkes-Barre/Scranton started to pour the pressure on Lehigh Valley after Aubé-Kubel’s goal, but Bérubé hung tough in net. The Penguins finally solved Bérubé with Haggerty’s goal at 13:04 of the third period. However, the Phantoms answered less than a minute later with a power-play goal by Mikhail Vorobyev.

Emil Larmi registered 19 saves in net for the Penguins, while Bérubé posted 22 stops in the win.

Wilkes-Barre/Scranton begins the 2019-20 season on the road against the Hershey Bears on Saturday,    Oct. 5. The Penguins’ home opener is Saturday, Oct. 12 against the Utica Comets. Puck drop between the Penguins and Comets is scheduled for 7:05 p.m. at Mohegan Sun Arena at Casey Plaza.